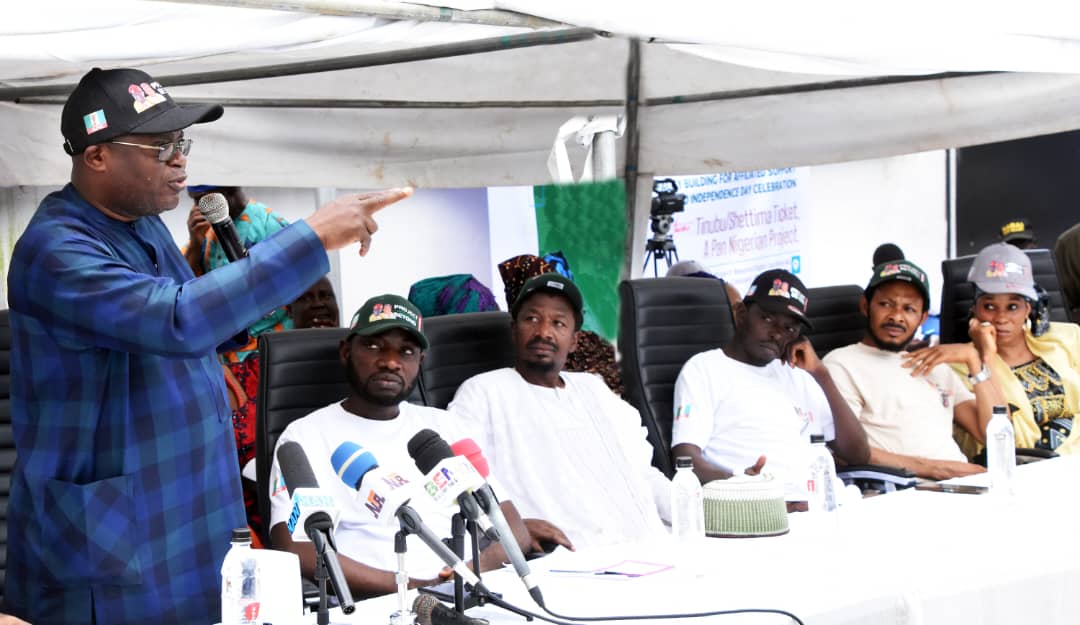 Conveners of Asiwaju Project Beyond 2023 on Saturday organised a capacity building training program for hundred of canvassers to ensure victory for Asiwaju Bola Tinubu, the All Progressives Congress (APC) Presidential Candidate in 2023.

Bar. Realwan Okpanachi, Director-General of the group said in Abuja that no fewer than 600 of the canvassers would engage in the training.

He said the training was organised by the group to sell Tinubu’s candidacy and that of his running mate, Sen.

Kashim Shettima to Nigerians particularly at the grassroots.

Okpanachi, said that ten canvassers were selected from each of the polling units across the country.

He said that the training was part of the programmes lined up by the group to commemorate Nigeria’s 62nd Independence Anniversary with the theme: ‘’Tinubu/Shettima Ticket, A Pan-Nigerian Project’’.

Okpanachi said the training would prepare the canvassers with adequate information about their ‘’political products’’ to be marketed to Nigerians in the next five months of the campaign exercise.

“Unlike before, the 2023 presidential election is going to be a very unique election where you have four prominent persons contesting for the office of the president.

“There is a need for us to train the support groups about the products that we in APC have to offer to Nigerians. They need to know about their backgrounds, their achievements and even their plans for Nigeria. 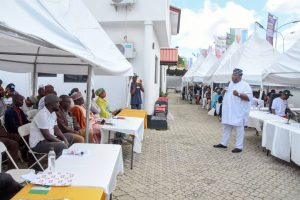 ‘’So that as we engage the electorate, we will be able to properly address their concerns and questions if any. All these are aimed at winning the presidential election in 2023,’’ he said.

The director-general said that ‘’this group has been in existence for the past 13 years; we have structures and state coordinators in all the 36 states including FCT.

‘’We have local government and ward coordinators also; we are now recruiting 10 canvassers in every polling unit so that this message we are hearing here is taken it down to the grassroots level.

‘’This is because elections are not won in Abuja. Elections are won at the grassroots. Through this training, this message will get to the nooks and crannies of the country from the mouths of the canvassers who are getting ready to take the products to the state, local government and ward levels.’’

In separate interviews, the trainees expressed their readiness to take the message to the grassroots and canvass votes for Tinubu/Shettima joint ticket.

They expressed hope to achieve success in their task due to their closeness to the people in their respective wards and polling units, adding that language, religion and cultural barriers would not impede their given assignments. 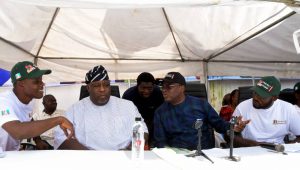 Hajia Hafsat Usman, Women Coordinator of the group said, ‘’in furtherance to the training, in a couple of days from now we will invite all our state coordinators and women leaders and their deputies here for a similar training.

‘’’We are doing this because we know that when it comes to gender issue; Jagaban is not known for bias. As you can see, even his wife is a politician and he is someone who encourages women to get involved in politics.

‘’We are equally going to train young girls through our ‘’Women in Politics Forum’’ to furnish them with necessary details and information about proposed programmes, policies and manifestoes of Tinubu/Shettima joint ticket and why Nigerians should vote for them.

Among those who delivered lectures at the event were Dr Kayode Opeifa, a Former Commissioner for Transport in Lagos State and Dr Abubakar Alkali, a Former APC Presidential Aspirant in 2019.

The duo extolled the political and leadership virtues of Tinubu and his running mate using their stewardships as state governors and members of the senate at various times.

Highpoint of the vent was the presentation of certificates to the trainees which followed their affirmation to set out and deliver victory for APC in the 2023 elections.