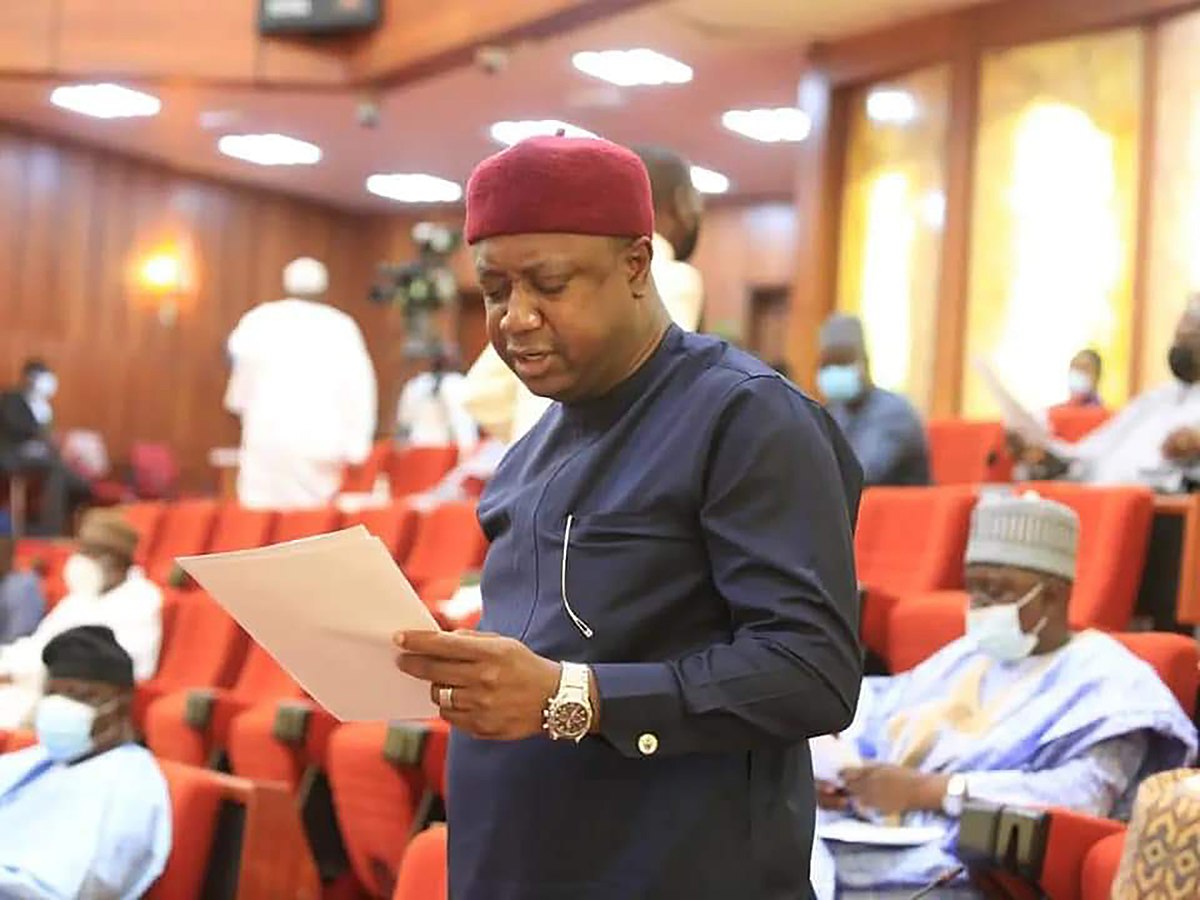 A bill for an Act to establish the Project Development Agency (PDA) charged with the broad function of generating and catalyzing industrialization by carrying out industrial research from the laboratory stage to the pilot plant stage, and by rendering consultancy services to government, industry and individual, and for related matters, 2023 ( SB. 1097) has scaled second reading in the Senate on Tuesday. push({});

The bill, sponsored by Frank Ibezim, Senator representing lmo North seeks to give Project Development Institute (PRODA) in Enugu State, South East (Federal of Science and Technology) that has been existing for over 43 years a legal backing to function optimally.

According to him, once PRODA have a legal backing it required, it would be very effective and reign out the right functions in research and development in the south east where they have lots of need to showcase natural products.

“And you know the importance of research, and development, south east where we have lots of needs for us to showcase the natural products over there, PRODA was established all these years for it to do that and it has not been done optimally; that is why l came up with the bill to give it legal backing and make it to function.

“A lot of people were shocked to hear that PRODA do not have legal backing, so l have no dought that the Senate Chairman of the Committee on science and technology which I am also a member would be happy to do the necessary work to call a public hearing for all stakeholders to contribute to the bill for quick passage.

“And when it passed into law, it would be a research institute that would perform under international best practices. So it is apt and timely knowing the time we are in now, we need to recreate whatever thing we can do for our country technologically as Nigeria is bleeding and is affecting every aspect of it from the youth to the women and the elderly.

“A country where more than 70% of the citizens are 40 years and below, it means that we have a challenge of jobs. So PRODA, effectively would not only bring not just jobs but fast track the technology areas. There is need for us to understand that everybody would not go to University, but those that are not able to attend University should be able to do everything to enhance technology.

“So this is the better time to push for it because we are going to go for recess for the 2023 general election, but l can assure you that we would do all we can to speedy up the passage. The president of the Senate, Ahmed Lawan had told us that we need to do everything to ensure all the bills are passed.

“I also had a Federal Medical Center Okigwe (Establishment) Bill, 2023 (SB1100) that has passed first reading. We cannot overemphasized the importance of bringing the health facility in a place and l believe and always said it, that at least every senatorial district should have a federal medical center. We would do all we do can to fast track all the bills before we go for campaign and election.

“Tomorrow, l am very sure that the Federal Medical Center Okigwe (Establishment) Bill, 2023 (SB1100) will pass second reading, this is to show you how fast the Senate is going to fast track work” he stressed.

“PRODA formerly known as the Research and Production Department of the old Eastern Region, the Institute was the manufacturing engine room for the prosecution of the civil war for the defunct Biafra Republic.

“One of the most notable inventions of the institute during the civil war was the “ogbunigwe” bomb, a self-propelled rocket with an 8-kilometre range that could wipe out a company of enemy troops.

“After the civil war, it was renamed PRODA and enlisted as one of the 17 agencies under the Ministry of Science and Technology and pioneered the first made-in-Nigeria ‘car’, branded PRODA.

“The low-cost prototype was taken on a roadshow across the country. However, a functional version of the vehicle did not see the light of the day as the government later jettisoned the idea.

“After years of being in limbo, PRODA crept back into the consciousness of many Nigerians recently after the immediate past Minister of Science and Technology, Ogbonnaya Onu, announced that by 2018 Nigeria would start the production of pencils. PRODA was the agency saddled with the responsibility of leading this “revolution.”

“But despite huge budgetary allocations, perhaps to kick-off the pencil production, the government has been unable to rouse the comatose agency from its deep slumber. The so-called pencil revolution is yet to start, and the agency is fast rotting away.