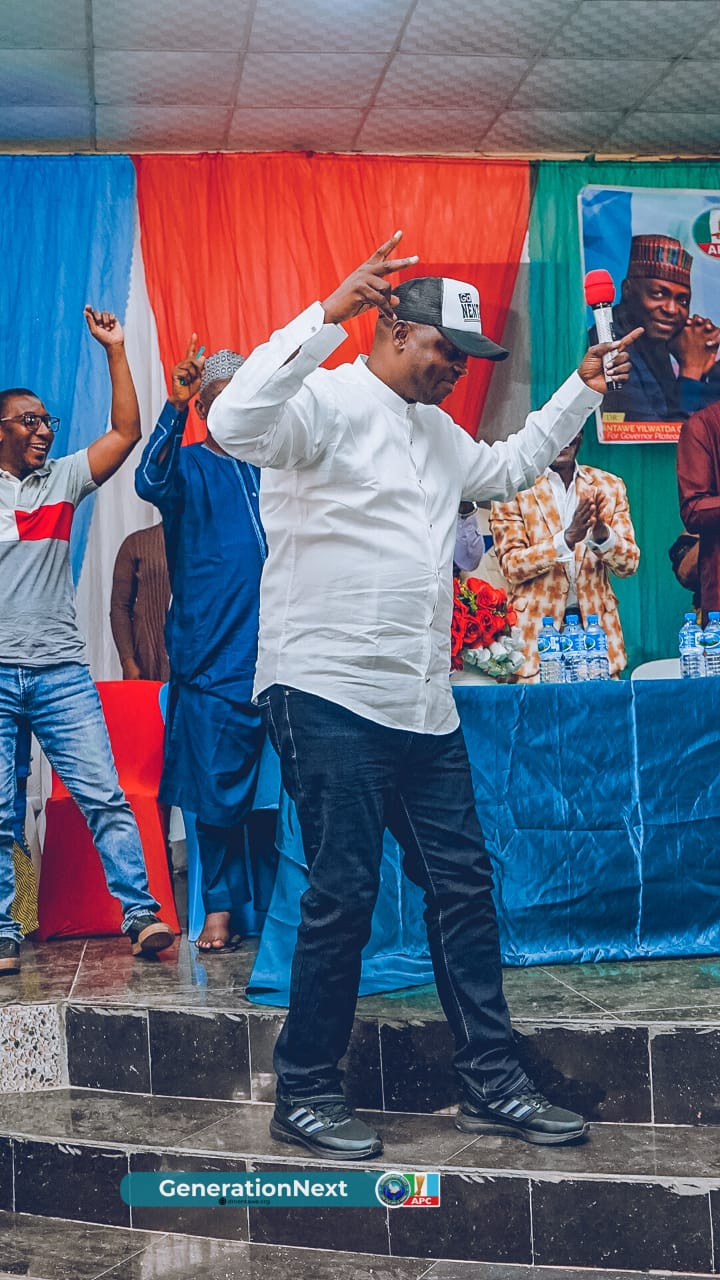 Governorship Candidate of the All Progressives Congress, APC in Plateau State Dr Yilwatda Nentawe has pledged to promote humanity instead of tribal or religious sentiment, if elected Governor of the state come 2023.

He also promises to unite all tribes in the state, saying his administration will focus on unity and the development of the State.

The governorship candidate who was accompanied by his wife, running mate, alongside State party officials
and the State gubernatorial campaign council and supporters stated this when he visited Bassa and Jos North LGAs in continuation of his consultation tour of 17 LGAs to interact directly with rural stakeholders ahead of 2023 campaigns.

He reiterated his resolve to provide leadership to Plateau State that will entrench an enduring legacy of security, unity and prosperity for the next generation.

“Humanity is above religion and tribe, love your neighbour above yourself, I will reduce tribalism, religion, they are two killers diseases in politics, nobody should divide us as Plateau State people, we will defeat our enemies and protect our people, we will unite ourselves because Plateau State is one”.

Nentawe who also double as the Campaign Coordinator of the APC Presidential Candidate pledged to stand and campaign for Tinubu to win the Plateau state.

He again appeal to all the aggrieved members of the party both in Bassa and Jos North to forgive and support the party to succeed, “I have come to task of forgiveness to be one family in the APC, our party is one family in Plateau State”.

Speaker of the Plateau State House of Assembly, Rt. Hon. Yakubu Sanda on his part said the APC has taken over Plateau, saying the Presidential Candidate, Ahmed Bola Tinubu and all the Candidates are just waiting for swearing it come May, 29th 2023

The APC chairman in the State Hon. Rufus Bature had described both Bassa and Jos North as the stronghold of the APC in the state and promised that the APC will make sure the next administration of the APC will create more additional local governments out of the Present Bassa Local Government.

He added that Bassa alone is equal to three Local Government Areas in population, size and landmass

According to him, Plateau can’t be obedient nor articulated, said APC will win the election, saying any member of the party who will do anti-party will be shown the way out.

Also speaking, the Director General of the Dr Nentawe Campaign Council and former Vice Chancellor of the University of Jos Prof. Sebastian Maimako described Bassa as among the strongest Local Government in the State.

He said Bassa is a stronghold of the APC and he has full assurance that Bassa will never disappoint APC.

Chairman of Bassa Local Government Council Hon. Stephen Andy Igmala and his counterpart Chairman of Jos North Local Government Hon. Shehu Bala both affirmed their total support to the deliver their local governments for APC, saying they are ready to deliver the Presidential, National Assembly, Governorship and House of Assembly elections in their domain, saying the two councils are dominant Areas of the APC and assure the governorship Candidate of their full support.

Senator Timothy Adudu who speaks on behalf of Elders in Bassa described Dr Nentawe as a grassroots mobilizer who has laid the foundation for the smooth campaigns, saying Elders of Bassa Local Government will give 100% support to the election.

He appeals for the Unity of all party faithful for the success of the Election in the State.

Also Bassa former Council Chairman, Hon. Mrs Sarah Bali said anybody using religion to divide the people of Bassa will not succeed, adding that Bassa will stand strong for the APC candidate

Hon. Bali urged all the women to massively vote for the APC and appealed to all the candidates to involve women when assuming office.