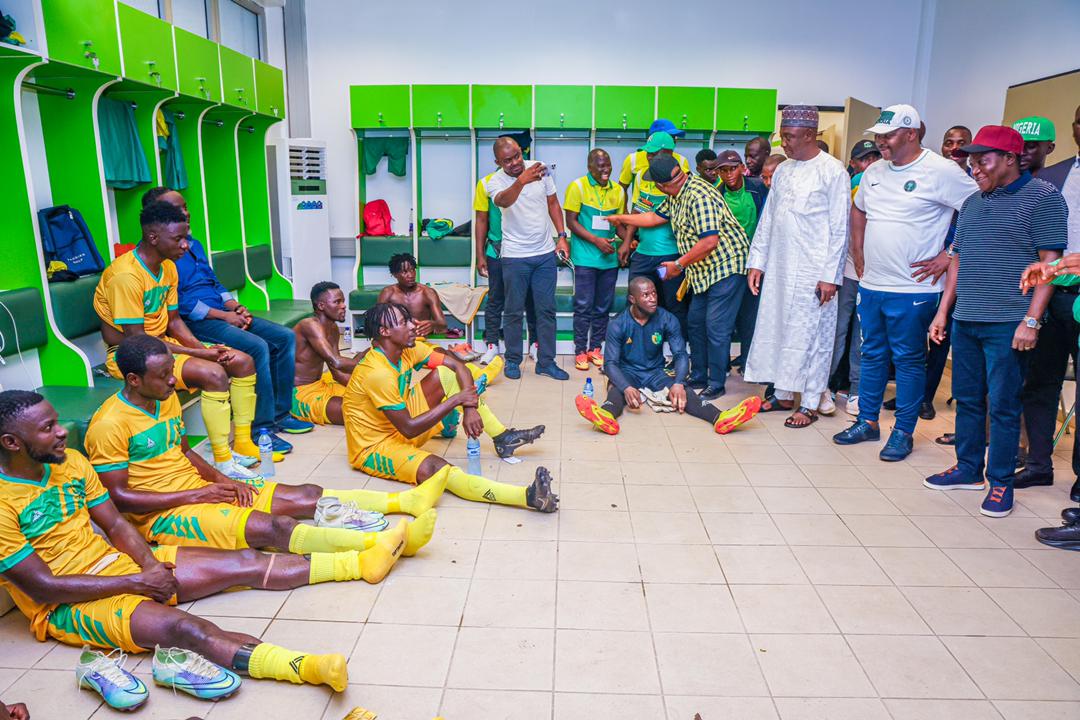 Lalong who was at the stadium to cheer the team to victory, said he was impressed by the quality of play and team work which saw Plateau United coming from one goal behind to beat Esperance 2-1. adsbygoogle || []).push({});

Speaking with journalists after the match, the Governor said the Government will give all support needed by the team to continue the good work in the return leg in Tunis.

He also commended the coach and management of the club for ensuring that the team continues to make the State and Nigeria proud.

Read Also:  Oliseh vows not to coach Nigeria again
Related Topics:PlateauTunisiaUnited
Up Next

Cristiano Ronaldo is first to score 700 club goals at 37