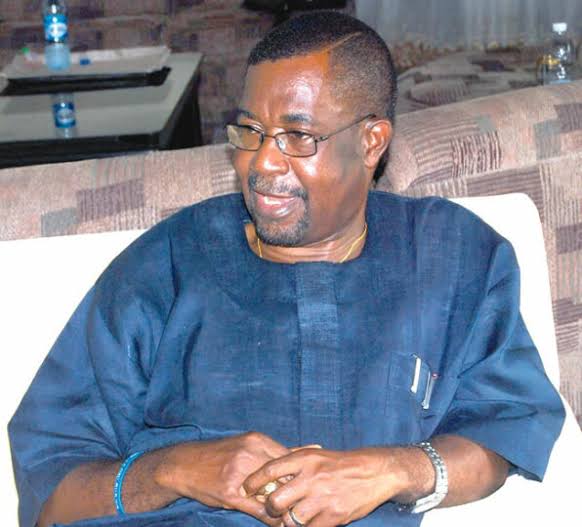 The position by the former president shows that he remains the enigmatic statesman that strives to be bold and forthright without caring whose ox is gored.

Although many expected he would use the opportunity to endorse the candidature of his younger friend, Mr. Peter Obi, I was not expecting him to pick any of the Presidential Candidates. This is because of my perception of the former president and his relentless goal for a model Nigeria. It has therefore become clear that, as of the beginning of September 2022, none of the candidates has worked hard enough to earn such an endorsement from the former two-time president who is fixated on the need to bring Nigeria out of the woods into the league of developed nations.

I also believe that President Obasanjo had factored in how deeply Nigeria has sunken into economic failure, the neck-breaking local and foreign debts, the degradation of social and civic values and the stranglehold of gross national insecurity, perhaps induced by government itself. It is against this background, that we can begin to understand why it would have been pretty difficult for the former President to endorse Mr. Peter Obi or any of the major candidates. He could not endorse any of the other candidates perhaps because none of them was able to convince him effectively. However, a suitable or appropriate candidate exists amongst the lot and his emergence will soon become commonplace. It is just that the messianic one is only yet to be fully recognised.

In the meantime, let us take a closer look at the implication of this OBJ’s “no preferred candidate” conclusion (NPCC) which is saying loud and clear that being suitable or appropriate to serve as the next President is not a matter of inheritance or previous credentials or perceived anointing. That is, being a former Vice President for years, or presidential contestant for umpteenth time or being a former Governor whose State quivered under the “magic wand”, or a being a former Governor who bought petrol for Government vehicles by himself to save funds are not sufficient to make anyone the most suited for the post of the next president of the Federal Republic of Nigeria under the current circumstances. We have also found that the most appropriate candidate for the precarious and exalted position will have to prove himself and emerge from the current uncertainties beclouded with fake news, euphoria of lies, makeshifts and deceptions as well as villainous inducements to procure consciences and alter sensibilities in the face of unprecedented slide to a failed state and amidst pervasive internal mutual distrusts.

This is why I concur with President Obasanjo and many serious-minded citizens with great concerns for Nigeria who are not deceived by those who are currently flaunting their previous bad and good records, real or fake endorsements by power brokers or hobnobbing with terrorists and bandits because we know that they are not suitable to lead the new Nigeria. Most of these Candidates possibly do not even know or have the qualities the next President of Nigeria must have and that’s why the former president has not seen the potentially worthy president of Nigeria amongst them.

However, the real worthy presidential candidate will soon become recognisable from amongst the lot emerging from relative obscurity with freshness, lack of encumbrances, no records of previous government malfeasance, no records of abuse of power, and no records of corruption. He will be recognised by his high level of coherent and consistent competence with cognizant leadership qualities, not necessarily from being a former Minister or Governor or Senator etc. He will be judged by an uncommonly high level of credibility from his past and present records and his immense compassion for youths, women and the less privileged and great passion for Nigeria. He will become outstanding because of his in-depth understanding of roles of national competitiveness for economic growth and emancipation of workers. This emergent Presidential candidate has no baggage for inflammatory remarks, ethnic divisions and religious bigotry and he possesses adequate levelheadedness to bring Nigeria together in unity to move forward together irrespective of our social, religious, political, ethnic or economic status or leanings.

Truly, OBJ hasn’t deciphered these sterling qualities yet in most of the Presidential Candidates. But, indeed, there is one of them endowed with all these. He is Prince Adewole Adebayo, a young 50-year-old lawyer and the presidential candidate of the Social Democratic Party, SDP. This candidate is one with a fervent and messianic zeal for equity, justice and sustainable economic development. He will gradually become recognisable to all Nigerians soon. It will be the case of the more you look, the clearer his personality will become and the more endearing his profound novel approaches to creation of peace, wealth and stability will become. He will bring HOPE AGAIN to Nigeria.

Sooner than later, Prince Adebayo will emerge and become the publicly preferred presidential candidate and he will be recognised and endorsed by statesmen, including our revered former presidents, National and State elders, youths, women, professionals, artisans, craftsmen, creative artists and pensioners. He will restore hope and lead our dear country, Nigeria to unity, peace, progress and prosperity.

Wike and the limit of arrogance