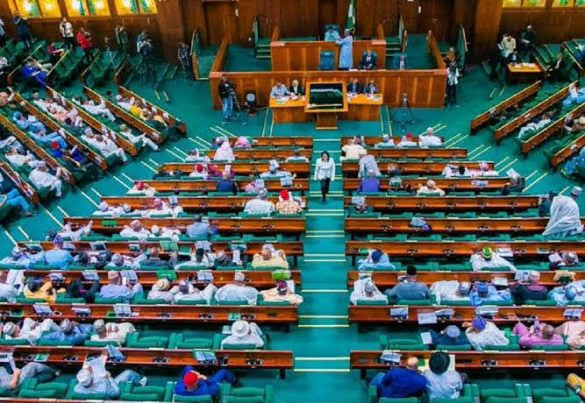 The House of Representatives, on Thursday , approved the report of its Committee on Finance on the 2023-2025 Medium Term Expenditure Framework (MTEF) and the Fiscal Strategy Paper (FSP) with some marked differences from the proposal presented to the House by the executive.

In his synopsis before the consideration of the report at the Committee of Supply chaired by the Deputy Speaker, Hon. push({});

Ahmed Idris Wase, the Deputy Chairman of the Finance Committee, Hon. Saidu Musa Abdullahi said after extensive consultation with critical stakeholders that led to a 5-day interactive session with Ministries, Departments and Agencies (MDAs), the Committee, among other observations, found out some of the proposed parameters submitted before the House were not in conformity with the prevailing economic realities.

According to Abdullahi, for instance, the daily crude oil production was conservatively projected at 1.69 mbpd, 1.83 mbpd, 1.83 mbpd, in 2023, 2024 and 2025 respectively to ensure budget realism, despite the ambitious post-Petroleum Industry Act (PIA) aspirations of the sector.

Also, he noted that the benchmark oil price of US $70 per barrel proposed for the 2023 appropriation against the backdrop that crude oil price is projected to decrease in subsequent years based on market fundamentals.

He, however, stated that the Committee believed that market sentiments and global economic outlook does not reflect current reality as all indications show the possibility of an increase in the price of oil in the face of the continuous invasion of Ukraine by Russia and other contentious factors.

In addition, he said the current exchange rate of N437.57 proposed in the MTEF document does not reflect the current reality of happenings in the money market vis a vis the official market and parallel market as it is shown in the exchange rate differences of over N300 between the official and parallel market rates and its adverse effect on the economy; GDP growth rate of 3.75%, 3.30% and 3.46% has been estimated for the year 2023 to 2025;

While noting that the inflation growth rate was put at 17.16%, as against the revised average of 16.11% in 2022 while the fiscal deficit of N11.3 trillion (including GOES) in the 2023 proposed budget is astronomically on the high side, and the current debt profile of the country is equally high and the debt servicing is continuously going up as such, some drastic measure must be taken to address the above-mentioned figure of the fiscal deficit.

Concerning borrowings in the 2023 fiscal year, the Committee observed that an estimate of N9.32 trillion (including Foreign and Domestic Borrowing) has been proposed but was yet to receive the details of the borrowing plan to the National Assembly.

“The Committee observed that some revenue generating agencies are not complying with the Fiscal Responsibility Act, hence spending their internally generated revenue without approval and not making full remittances into the Consolidated Revenue Fund Account, in breach of the Constitution of the Federal Republic of Nigeria (as Amended) and FRA 2007.

“Also there is no common electronic platform utilized by the MDAs, Office of the Accountant General and Fiscal Responsibility Commission in reconciling remittances from the MDAs in real-time.

“It was also observed that some agencies relied on certain government circulars to spend their internally generated revenues contrary to the Constitution, Fiscal Responsibility Act and other extant laws”, he added.

Given this, the lawmakers, without any dissenting voice considered the document based on the observations and findings of the Committee and approved the following recommendations.

“That the oil price of $73 per barrel of crude oil be approved as a result of continuous increase in the oil price in the global oil market and other peculiar situations such as continuous invasion of Ukraine by Russia as this will result in saving of N155 billion.

“That the exchange rate of N437.57 be sustained as contained in the MTEF FSP document with continuous engagement between the Central Bank of Nigeria and Federal Ministry of Finance, Budget and National Planning with the view of bridging the gap between the official market and parallel market.

“That the projected GDP growth rate of 3.75% be approved.

“That the projected Inflation rate of 17.16% be also approved.

“That the projected New Borrowings of N8.437 trillion (including Foreign and domestic Borrowing) be approved, subject to the approval of the provision of details of the borrowing plan by the National Assembly.