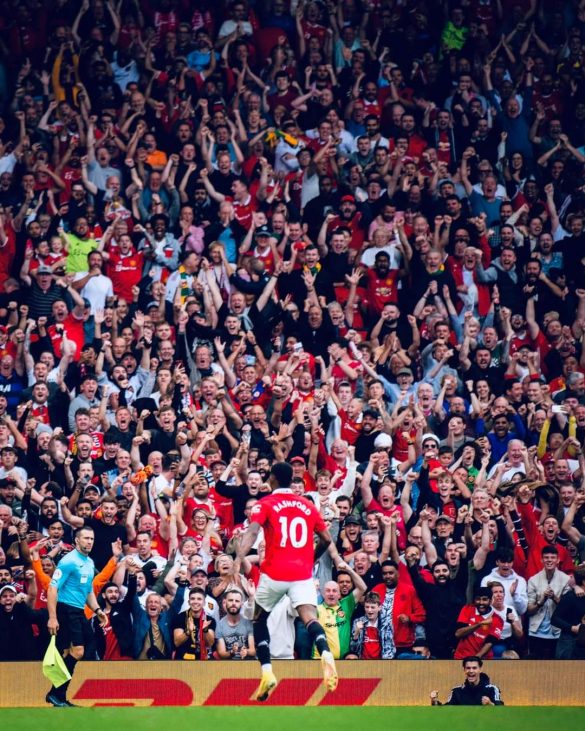 Manchester United ended Arsenal’s unbeaten run in the Premier League season via a thrilling clash that saw Antony score on his debut and Marcus Rashford hitting a quick-fire double after Bukayo Saka had equalised in the second half.

After a bright start by both teams, Arsenal thought they had struck first as Gabriel Martinelli finished a devastating counter-attack but the goal was ruled out by VAR for an earlier foul on Christian Eriksen. adsbygoogle || []).push({});

From there Arsenal took control but the Gunners were torn apart by United on the break, as Rashford set up Antony to steer a first-time finish past Aaron Ramsdale for a debut goal following his €100m move from Ajax.

Arsenal responded after the break with chances through Martin Odegaard and Saka, before the England international fired a deserved equaliser on the hour-mark. It seemed as if Arsenal had the momentum, but they were hit with a counter-punch as Rashford raced away to restore their lead.