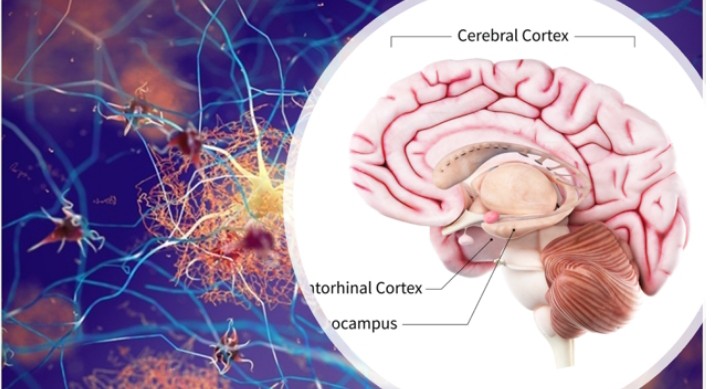 Alzheimer’s is a terrible disease that conjures up fear in people, and for good measure. It is a brain disorder that negatively impacts on your memory and affects your thought process.

The disease is characterised by plaque formations in the brain (i.e. amyloid-beta protein plaques), tangled bundles of fibres (tau proteins), and loss of connections between nerve cells (i. push({});

e. neurones), used in transmitting messages to various parts of the brain and the body.

Dementia is an umbrella term for many symptoms that cause a decline in mental ability and which progressively interferes with one’s ability to live a normal life without assistance.

One of the most common forms of dementia is Alzheimer’s disease.

Alzheimer’s affects 50 million people worldwide, and the number is expected to rise to about 82 million by 2030, according to the World Health Organisation (WHO). And for reasons not yet known, Black people and Hispanics (i.e. Spanish-speaking countries of Central and South America) are predominantly predisposed to the disease. Alzheimer’s first attacks that part of the brain that is involved in memory (entorhinal cortex and hippocampus), then spreads to the cerebral cortex affecting speech, thought and social skills. The advanced stage of the disease sees extensive damage to other areas of the brain such that the brain is shrunk compared with normal brain size.

In June 2021, the US Food and Drug Administration (FDA) controversially approved a drug called Aducanumab as the first new treatment of the root cause of Alzheimer’s rather than the symptoms. The drug was produced by the biotechnology giant, Biogen, USA and is being sold under the brand name Aduhelm. The drug, which is an amyloid beta-directed monoclonal antibody was claimed to clear amyloid-β protein resulting in the reduction of the buildup of plaque in the brain. The approval of the drug as at then was controversial because many scientists were skeptical of the clinical data presented to support its efficacy.

The furore generated by the US FDA’s controversial approval of aducanumab led to resignation of two members of the approval body in protest and the institution of a review on the drug’s approval process by the US federal watchdog at the Department of Health and Human Services. The results of this review are expected by next year. Also, two congressional committees in the US House of Representatives are currently investigating the decision to approve the drug, which costs a whopping $33K to $84K per annum of treatment per person! For a drug that costs this much, one would expect it to reverse memory loss, but it does not, and neither does it significantly improve cognition. I hope none of you guys was rich enough to waste his/ her money on the drug thinking it a miracle cure for Alzheimer’s!

Amyloid plaque buildup in the brain has been targeted in the past since it was first identified as the culprit in Alzheimer’s disease. The speculation has always been that the amyloid-β protein accumulates into toxic deposits following progression of Alzheimer’s, which finally results in neurodegeneration as seen in dementia.

But despite the presence of drugs in the market that either breakdown these plaques or inhibit the plaque buildup, the Alzheimer’s symptoms have not been reversed. This has led many scientists to question the wisdom of taking amyloid plaque buildup in the brain as the sole signature feature of Alzheimer’s. The new thinking is that amyloid-β protein accumulation in the brain is part of the cause of Alzheimer’s but is not the main cause of the disease.

Last week, Biogen and its pharmaceutical partner, Eisai of Japan, announced the results of a Phase II clinical trial of another monoclonal antibody drug called Lecanemab, which is said to target and clear clumps of amyloid-β protein from the brain. The data showed that the drug reduced cognitive decline by 27% in people with early-stage Alzheimer’s after a year and a half of treatment when compared with those placed on a placebo. Lecanemab’s “success” in a process where other similar drugs have failed is suspected to be due to its ability to target protofibrils. These are strands of proteins that have not yet developed into insoluble protein aggregates or plaques.

In the Biogen and Eisai clinical trial, 1,795 patients with early-stage Alzheimer’s were either given the test drug, lecanemab or a placebo (dummy drug). These were administered into the bloodstream by an intravenous infusion every fortnight for a year and half. At the end of the study, a comparison of the cognitive decline between the two groups (lecanemab vs placebo) was made. The data showed that patients treated with the test drug, lecanemab, had a gradual cognitive decline of 27% slower than those treated with placebo. In effect, lecanemab does not reverse Alzheimer’s symptoms either, but only slows the onset of cognitive decline!

The two companies have applied for accelerated US FDA approval, which could be approved as early as January 2023. But scientists would love to study the results of the Phase III clinical trial, which the companies have promised would be available by next month (November).

Caution before you rush off to buy the drug. As previously mentioned, lecanemab is not a wonder drug for Alzheimer’s but only slows the onset of cognitive decline associated with the disease. And the drug did come with some side effects as normally seen in people undergoing anti-amyloid treatments. Some of the side effects are swelling and small incidences of brain haemorrhages.

In the study, about 21% of those treated with lecanemab showed abnormalities on their brain scans that indicated swelling or bleeding compared with only 9% of cases seen in the control group. Although of the 21% showing side effects of either swelling or brain haemorrhages, less than 3% actually experienced symptoms of these side effects. But when contrasted with 40% of people who took part and showed brain swelling on their scans during the Phase III clinical trial of aducanumab, the new drug, lecanemab, can be said to be relatively safe.

Another biotechnology giant, Roche of Switzerland, is geared to present the results of its version of Alzheimer’s drug by next month, November 2022. The new drug is called Gantenerumab. It is an anti-amyloid-β monoclonal antibody designed to bind amyloid-β aggregated proteins and neutralise the neurotoxicity of plaque deposits.

In 2014, a Phase III clinical trial of gantenerumab was abandoned because the drug showed lack of efficacy but the trial was resurrected in 2017. This too, was a failure when a clinical trial involving 194 early-onset inherited form of Alzheimer’s were randomised with the drug for seven years. The drug showed no effectiveness in people with dominantly inherited Alzheimer’s disease (DIAD). However, Roche was bullish about gantenerumab and in a move some scientists likened to a “Hail Mary pass” (or agba ekpere chi, if it were the Igbos of Nigeria), the company has started another Phase III clinical trial by increasing the dose of the drug and hoping for better outcomes.

According to a Phase II clinical trial involving 257 people in early stages of Alzheimer’s, the anti-amyloid antibody, donanemab, lowered amyloid protein buildup in the brain by 80% and delayed the onset of cognitive decline in patients treated with the drug for about six months over the course of the study. The Phase III clinical trial recruited 1,500 early-stage Alzheimer’s patients and the results are due for release by early next year. Another Phase III clinical trial of the drug is currently ongoing and is aimed at testing whether the drug could delay the onset of dementia. This trial is recruiting 3,300 patients at risk of Alzheimer’s, and the trial is expected to run until 2027.

However, the generic drug, donepezil, used for over 25 years to treat the symptoms of Alzheimer’s, Lewy body dementia and Parkinson’s disease, is found to outperform both anti-amyloid antibodies (donanemab and aducanumab) vis-vis in delaying cognitive decline.

As previously mentioned, amyloid plaque deposit in the brain may not be the sole cause of Alzheimer’s. Another protein called tau forms deposits in the brains of Alzheimer’s patients and is strongly associated with cognitive decline.

Yet, a third factor called microglia is suspected to be a contributory factor in Alzheimer’s. Microglia performs two essential functions: they maintain the healthy conditions of neurones and the junctions between neurones called synapses. The cells also play the role of police officers of the brain by patrolling the brain on the lookout for threats and problems. Mutations in about twelve of the genes expressed by a subset of microglia found huddling around plaques in human brains have been identified as risk factors for Alzheimer’s in humans.

Therefore, a synergistic approach targeting these suspects, amyloid and tau proteins, might be an innovative approach to treating Alzheimer’s. At the same time, more data is needed on the role of microglia in neurodegenerative diseases.

Read Also:  Nigeria records another death due to coronavirus - Health Minister
Related Topics:AlzheimerDiseaseDrugs
Up Next

Facts about woman’s breast you need to know