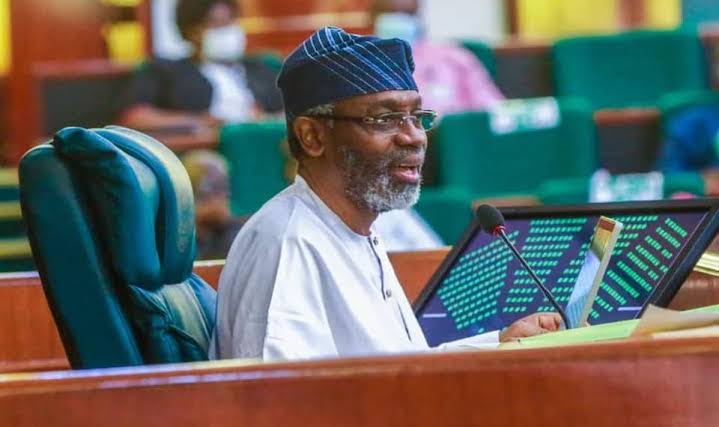 The Speaker of the House of Representatives, Rep. Femi Gbajabiamila has cautioned against condemnation or skepticism against the Student Loan Bank being proposed by the Student Loan Bill that has been passed by the National Assembly on the basis that previous attempts failed.

This is as critical stakeholders in the tertiary education sector expressed support for the return of the student loan scheme for students of tertiary education in Nigeria as proposed by the Students Loan Bill that was passed on Tuesday by the Nigerian Senate.

The bill, sponsored by the Speaker of the House of Representatives, Rep.

Femi Gbajabiamila was previously passed by the Green chambers in 2019.

Gbajabiamila, who spoke on Wednesday, the second day of the National Summit of Tertiary Education summit organized by his office, noted that the future of the teeming young people in the country should be of concern to all considering the prevailing state of tertiary education in the country.

According to him, cynicism against the Bill runs counter to proffering solutions to the challenges of funding confronting Nigerian students in public tertiary institutions who will have their dreams and aspirations truncated due to lack of access to tertiary education.

Gbajabiamila’s position followed the assertion of the President of the Academic Staff Union of Universities (ASUU) that the union will not support the proposed Student Loan Bank as proposed by the Student Loan Bill, sponsored by the Speaker because the previous attempt failed.

He said how to make a success of the law when signed into law by the President to ensure that the purpose it was intended to serve would not be defeated should be the focus of all well-meaning Nigerians.

“Like they say there’s more than one way to skin a cat, there are several ways to get to the final destination. And I believe this is what the Student Loan Bill is about.

“I don’t want us to go away from here with a cynical approach or defeatist attitude, that something happened some time way back, under a totally different kind of regime, not under a democratic setting, and therefore, if it happened many years ago, then the chances are that nine times out of 10, it will happen again, I don’t buy into that school of thought.

“I believe that you learned from the past. If something fails before, you look at the reasons why it failed, and then you try and perfect those reasons so that you get a better result. That’s what it’s all about. That’s what democracy is all about”.

According to Gbajabiamila, the Bill addressed issues of accountability, transparency and other administrative bottlenecks that might want to negate the essence of the initiative.

According to him, as contained in the Bill, the beneficiary is also expected to have a civil servant as a guarantor who is at least 12 years in service or a lawyer with at least 10 years of experience, added.

In addition, the sponsor of the Bill said another provision embedded in it to guarantee transparency and accountability is that the loan, once approved is disbursed directly to the university and not in cash to the beneficiary to avoid it being used for purposes it was not meant for.

The application must be processed within 30 days of its submission to eliminate being compromised, Gbajabiamila noted while adding that beneficiaries that have been convicted by the court or those that previous loan default has been established against them would not be eligible for the loan.

Panellists at the summit commended the initiative of the Speaker that would ensure that access to tertiary education is made available to every Nigerian child.

After the presentation of a paper, titled Considering practical options for a National Education Loan system for students by, Dr. Abari, the panellists expressed optimism that the loan scheme is capable of solving funding challenges confronting Nigerian public tertiary institutions.

In his presentation, Abari noted that many countries have taken to Student Loan schemes already. adding that “Targeted at disadvantaged groups, subsidized loan schemes can lead to greater access of the poor to university education, thus contributing to improved social equity.

“And loans offered at favourable conditions for study in particular fields can lead to the loosening of skilled manpower bottlenecks that inhibit national and social development”.

While urging Nigeria to follow world best practices, Abari noted that the loan scheme has become necessary, saying, “A student loan scheme is the solution to the annual ASUU strikes. The introduction of tuition fees is inevitable due to the rising cost of infrastructure maintenance.

“Perhaps they might consider raising tuition while the Federal Government needs to establish a student loan scheme for students who cannot afford the new tuition.

“Nigeria’s Educational System is in need of repositioning, which will be expected to re-establish Nigeria as the true giant of Africa.

They said the bourgeoning size of the Nigerian population has made full funding of tertiary education more difficult while an Education Loan bank provides the solution to the challenge of denying Nigerian children access to tertiary education due to lack of means.

Adeosun said to make it work and not go the way of previous experience, there must be a shift in management; widespread awareness; the loan must go to the deserving student, comprehensive supervision of the scheme; carefully designed interest rate; efficient collection mechanism to minimize default by beneficiaries; in addition to a stable management team of professionals.

Prof. Ogundipe said a database of students in the country is the first step into making it while recommending that beneficiaries must have guarantors with a pensionable job or retirement benefits.

Prof Omohinmi and Dr. Chiazor emphasized the need to ensure that when it comes on stream, it is not hijacked by people that have no connection with the scheme.

They also stated that means of productively engaging the beneficiaries once their studies are over to eliminate the issue of unwitting default must be put in place.