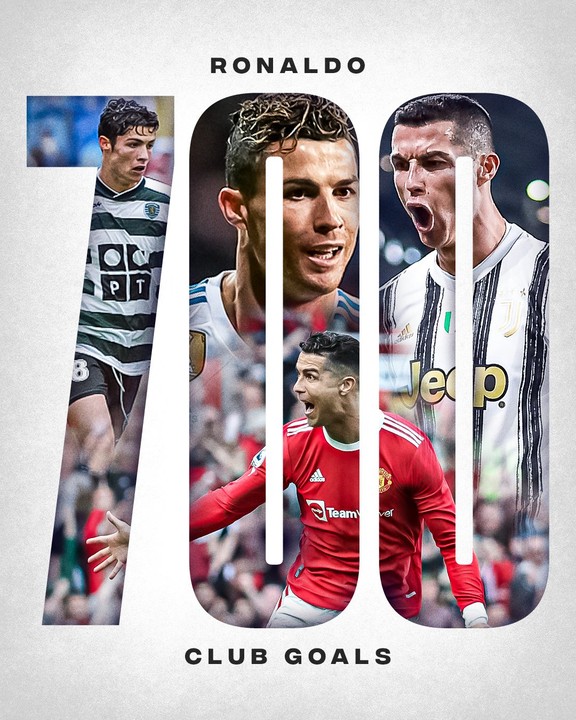 Cristiano Ronaldo has made history after scoring the 700th club goal of his illustrious career on Sunday evening.

The Portuguese superstar achieved the milestone during Manchester United’s 2 – 1 win against Everton on Sunday, October 9. He slotted home following Casemiro through ball for a 2-1 half-time lead.

In doing so, the 37-year-old becomes the first player ever in footballing history to score 700 club career goals. adsbygoogle || []).push({});

On the international stage, Ronaldo has scored a world record 117 goals in 191 international games since making his Portugal debut in 2003. The iconic No 7 broke the record when he scored twice for his country in a 2-1 win against the Republic of Ireland in their World Cup qualifier on September 1, 2021.

Lalong praises Plateau United for victory over Esperance of Tunisia