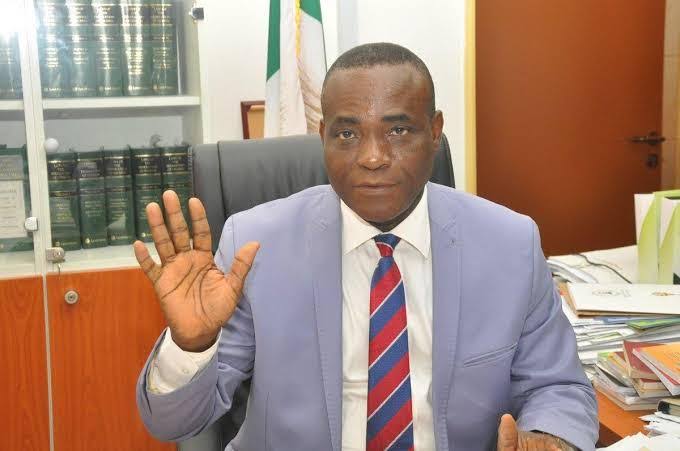 Senator Ita Enang who was a former Senior Special Adviser to President Muhammadu Buhari on National Assembly Matters has been expelled by the All Progressives Congress, APC in his homestate, Akwa Ibom.

Enang contested for governorship of Akwa Ibom State on APC, but lost to Akanimo Udofia.

His expulsion came few days after the Court of Appeal in Abuja ruled that Akanimo Udofia, and not Ita Enang, was the governorship candidate of the All Progressives Congress (APC) for the 2023 election in Akwa Ibom State.

A letter of expulsion which was signed by the State Chairman of APC in Akwa Ibom State, Stephen Ntukekpo showed that the embattled former Senator has been expelled from the party.

The letter which was dated 24 January 2023 and addressed to the chairperson of the APC in Mr Enang’s ward in Ibiono Ibom Local Government Area of the state, chided Enang for going to Court over governorship ticket which the party felt was not regular with all due processes.

But Enang vowed that he would proceed to the Supreme Court in search of justice for the judgement of the Appeal Court to be quashed.

Amid litigation in Court, Enang was accused of working secretly for the presidential candidate of the Peoples Democratic Party, PDP, Atiku Abubakar. An allegation CAPITAL POST could not confirm immediately even as the embattled former Senator was yet to react to this.

The party Chairman further explained that the State Working Committee of the APC acted on a petition written against Mr Enang.