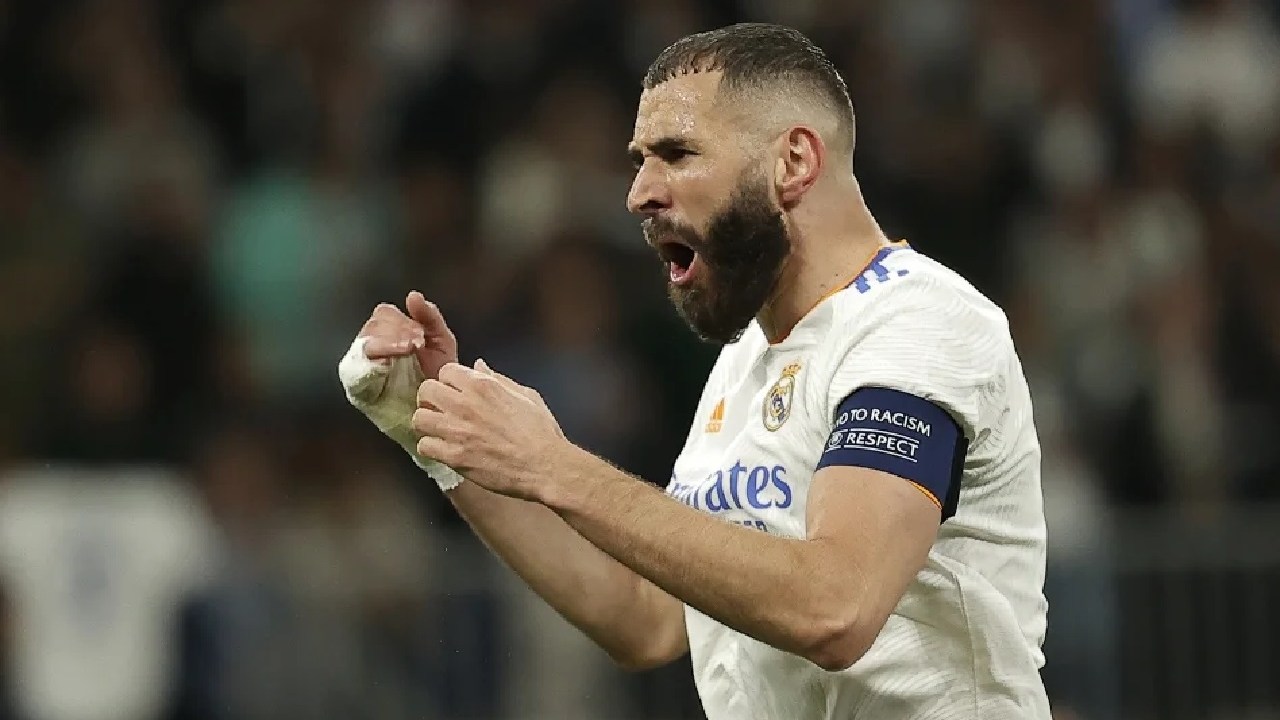 Real Madrid captain, Karim Benzema, has been named UEFA Player of the Year.
The Frenchman won the prize ahead of teammate Thibaut Courtois and Kevin De Bruyne of Manchester City.

Benzema topped the scoring charts last season in the Champions League with 15 goals.

The 34-year-old is the hot favourite to win the Ballon d’Or award later this year.

Benzema played a key role as Madrid won the LaLiga title this year, finishing 13 points ahead of Barcelona. adsbygoogle || []).push({});

He has scored 35 times in 37 games as Carlo Ancelotti’s men lifted four trophies already in 2022.