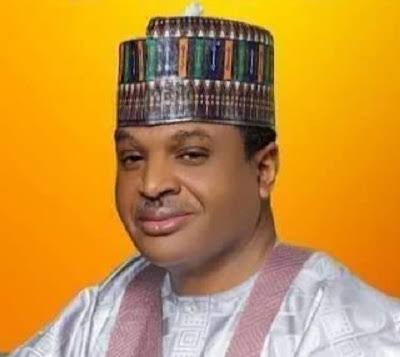 As the campaign for 2023 general election continue to gather momentum, a group under the aegis of Corruption Track Network (CTN) has urged the people of Bauchi state not to vote politicians that are unnecessarily desperate for power.

The group in a statement signed by its Country Director, Dr. Idris Inusa, said such individuals will not only make bad leaders but their leadership style could also cause huge discomfort for the people of the state. adsbygoogle || []).push({});

Speaking specifically about the All Progressives Congress (APC) governorship candidate in the state, Air Marshal Abubakar Sadique, the CTN alleged that the retired service chief has declared the 2023 elections in Bauchi as a do or die affair.

The Country Director also alleged that the former Chief of Air Staff, at a stakeholders meeting at his Bauchi private residence over the past weekend, charged his campaign managers and APC leaders in the state to spare no bill in ensuring that the ruling Peoples Democratic Party is booted out of the Bauchi State government house.

Present at the meeting, according to CTN, include his campaign directors, the state working committee led by the chairman of the party in the state, Babayo Aliyu Misau, some members of the State Assembly among others.

The CTN opined that, the APC governorship candidate is scared that he might not be able to upstage the achievements of the incumbent governor who is a member of the Peoples Democratic Party (PDP).

Dr. Inusa also alleged that his group gathered that the APC candidate said he was ready to achieve success at whatever cost even if it means pouring N12 billion into the venture.

The group alleged that the former Chief of Air Staff said, “I have prepared for this election very well. I didn’t spend six years as the Chief of Air Staff for nothing and you all know that the war on terror requires billions and billions to prosecute. Anybody can say whatever they like, but I have enough salted away for this purpose.

“Don’t also forget who my wife is and the resources available to her. I won’t say further about this because of moles and social media exposure. I will however tell you to fear not, no sitting oil rich governor can match my spending power not to talk of a governor of a poor state like Bauchi”.

The group however charged inhabitants of Bauchi state to shine their eyes and vote a reputable leaders that will champion the affairs of the state for the next four years.

Recall that Air Marshal Sadique, was called out over corruption allegations, human rights abuses and recruitment of thugs and militants by a number of Civil organisations including Corruption Track Network (CTN), demanding that he should respond to these allegations within two weeks or face public action.