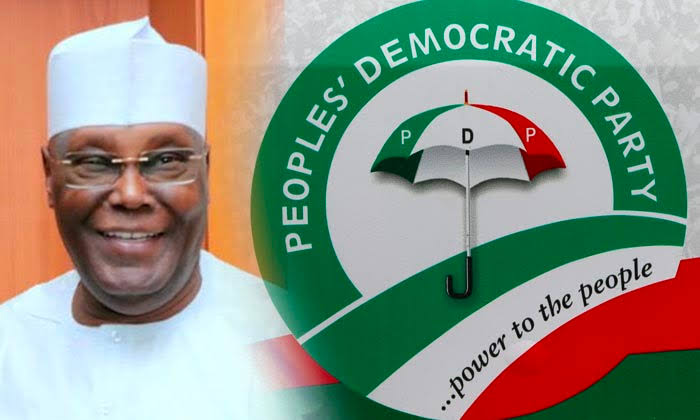 The presidential candidate of Peoples Democratic Party (PDP), in 2023 Nigeria’s elections, Alhaji Atiku Abubakar has promised to restore economy, peace and progress of Plateau State, if given the opportunity to pilot the affairs of the country in 2023.

He assured of creating massive employment opportunity for the teaming youths and make sure infrastructural development connecting Plateau and other neighbouring States is achievable as APC administration has woefully failed. adsbygoogle || []).push({});

He said coming to Plateau is a home coming as he had his house in the state for the past 28 years.

The Director General of Atiku/Okowa campaign council and Governor of Sokoto State, Aminu Tambawal alongside his counterpart in Akwa Ibom State, Udom Emmanuel who happens to be the PDP presidential chairman affirmed that PDP is coming to power in 2023.

The duo said it is time to change the negative change APC administration brought to Nigerians.

“APC did not create or manage the change, rather they have succeeded in inflicting more pains on Nigerians.

“Atiku is the only presidential candidate candidate that if given the opportunity can stimulate and restore hope of the populace having served as a vice president.”

National chairman of PDP, Senator Iyorchia Ayu acknowledged that the party is on mission of rebuilding the country saying “nobody can dislodge the party in Plateau and Nigeria considering the historical background on how the party came into existence in 1999.

He charged party loyalists to take advantage of the on going collection of permanent voters card (PVC), nationwide and votes for PDP in all the 5 elections in 2023.

The state PDP chairman, Hon. Chris Hassan revealed that Plateau is hundred percent PDP, and that why the state executive council decided to collapsed campaign structure to one single entity to ensure a robust campaign achieve achieve 5/5 victory in 2023.

He said Plateau is ready to give Atiku two million votes as PDP has never failed presidential elections in the state.