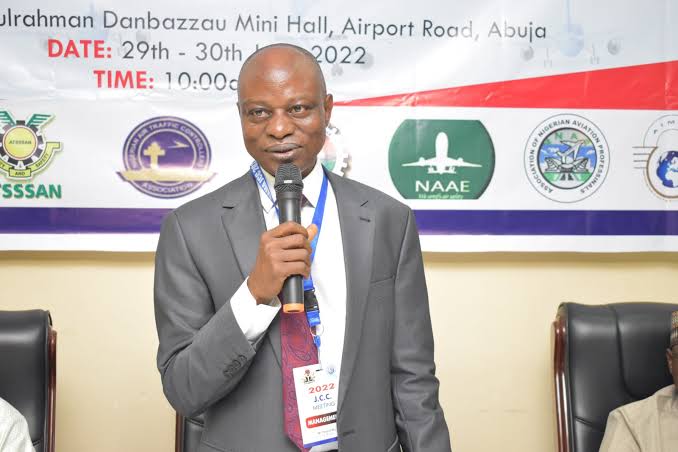 The Nigerian Airspace Management Agency (NAMA) has concluded arrangements to train Airspace Managers across all airports in Nigeria on Global Air Navigation Plan. This, according to the agency is targeted at equipping them with global trends in strategic air traffic management and also building their capacity for seamless airspace operations in their various domains.

Making this revelation at the weekend in Port Harcourt during this year’s Airspace Managers’ Forum, the Acting Managing Director of the Nigerian Airspace Management Agency (NAMA), Matthew Lawrence Pwajok said it had become imperative that Airspace Managers at the nation’s airports are kept abreast of global trends in airspace management “as aviation is global.

“There is no Nigerian aviation standard. We are not operating in isolation and so we are maintaining international standards. We are benchmarking and implementing the International Civil Aviation (ICAO) Standards and Recommended Practices (SARPs), he said.”

According to him, “you must also be kept abreast of the Aviation Roadmap or Masterplan of the Federal Government; our Communication, Navigation, Surveillance/Air Traffic Management (CNS/ATM) Masterplan and the milestones towards attaining these masterplans because these are frameworks within which we are expected to operate in carrying out our statutory function as the nation’s airspace manager.”

The NAMA boss said Airspace Managers needed to be top-notch in understanding the national air navigation plan as it relates to the implementation strategies, milestones, timelines, technology roadmaps for achieving the national plan and the strategic position of NAMA in the entire plan, even as he solicited for their buy-in to ensure successful implementation.

Pwajok said with the increased pressure on the aviation industry at the global, regional and national level following the growth in passenger and cargo, there was the need for the agency to grow capacity to be able to cope with the increasing traffic, adding that insecurity, expansion in the economy and the upsurge in political activities in Nigeria have also accounted for increased demand for air travel, hence the need for strategic air traffic management that would ensure seamlessness in operations.

He also cautioned managers at airports with limited hours of operations not to turn down requests for extension of services “especially at this period of electioneering as this could be given political colouration,” saying that “the honourable Minister of Aviation, Sen. Hadi Sirika sees aviation as a support role to every sector and to everybody, irrespective of political leaning.”

The NAMA helmsman also canvassed for the support and buy-in of managers with respect to the aviation roadmap being implemented by the minister, which he said would enhance the growth of the industry.

According to him, airports the world over are best handled by experts who run them as a business and not the government, adding that “concessioning of airports in Nigeria would attract direct foreign investment necessary for export expansion, development of aerotropolis, airport cities, cargo terminals as well as Maintenance, Repair and Overhaul (MRO) operations.”