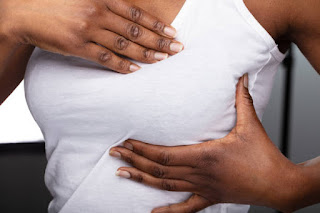 If you are like most women, you know your breasts pretty intimately exactly how they fit into your bras, the way they look in a certain dress, and what they feel like at different times of the month. According to Medicalnewstoday, Here are the 5 surprising facts about a woman’s breast.

A Woman has an equal chance of inheriting her chest size from either parent, which is why her sister may have much larger breasts than her. adsbygoogle || []).push({});

2. One is bigger than the other

No two breasts are alike, even on the same person.

While a woman’s nipples and areolas tend to be consistent on both breasts, the left breast itself is usually larger than the right. Other differences may include one being higher or rounder than the other.

Sounds too good to be true, right? Healthline used an fMRI to find that nipple stimulation activated the medial paracentral lobule or the part of a woman’s brain that also lights up with genital action

4. A Woman’s Boobs Are Not Just Made Of Fat

They are a complex system of glands and ducts, which also includes a woman’s nipple. And underneath each breast is muscles, as well as fibrous tissue that separates it from her ribs. However, after a certain age, her breasts do turn mostly fat.

Around the edge of the areola are little bumps called Montgomery’s glands. When nursing, these glands produce a scent that only babies can detect. It smells like amniotic fluid, so the baby is drawn to the area.