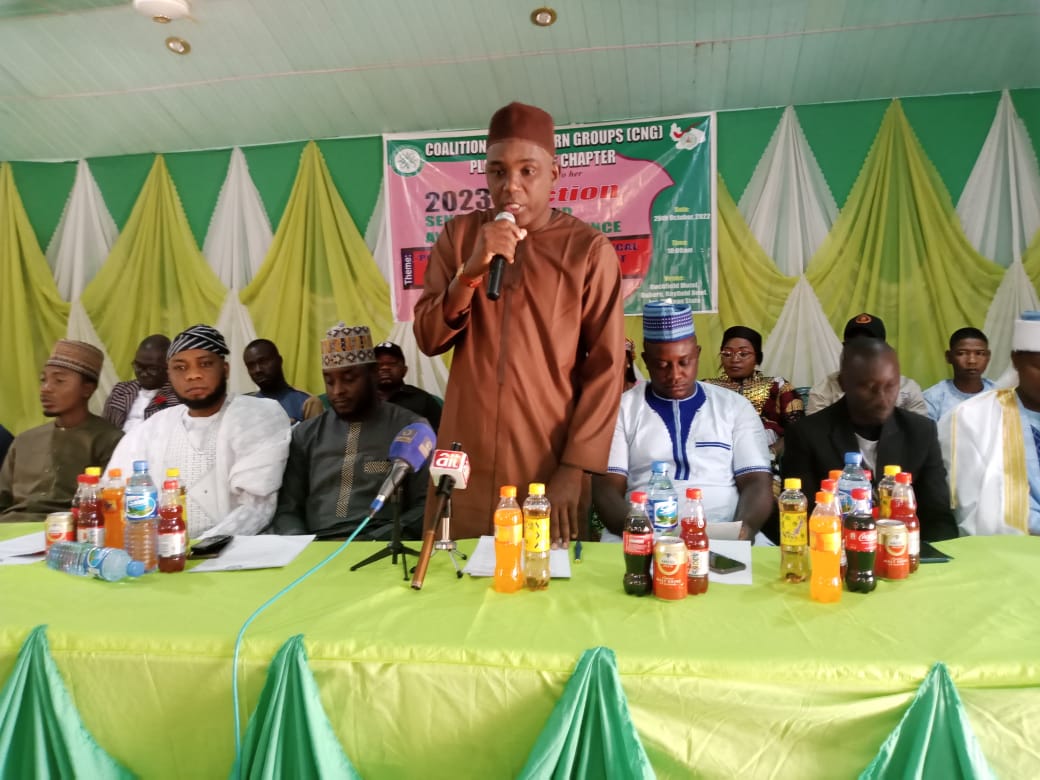 A coalition of Northern Groups (CNG) has said the Northern electorate must vote for a credible Presidential Candidate with a proven pedigree, honesty, and a sense of nationalism and should have a sound understanding of the current challenges facing the region and Country at Large.

He said the Northern electorates must map out their needs and refuse to be deceived by just any Politician coming with the usual campaign promises that would never be fulfilled.

“In the 2023 general election, I call on the youths, the women and all well-meaning Nigerians to avoid politics of bitterness, religious sentiments, sectionalism and nepotism. We must ensure that the criteria for voting any person are based on character, capacity, competence, skills, knowledge of the economy and commitment to a united and prosperous Nigeria”

Aliyu said the Conference has the theme; “Politics of Sentiments, a critical factor militating development of democracy Nigeria” to help the Youths retrace their steps and refocus their energies on the delicate task of nation-building to which they are committed.

“The crux of the matter is that electorates must map out their needs and refuse to be deceived by just any politician coming with the usual campaign promises that would never be fulfilled.

“The northern voter must look out for credible candidates with proven pedigrees, honesty, a sense of nationalism and a sound understanding of the current challenges facing the region.

“We must vigilantly subject every candidate to critical scrutiny by demanding from him a comprehensive plan of action and extracting solid commitment to reverse the situation for the better.

On his part the Commissioner of Youth and Sports in Plateau State Hon. Daniel Dung Dalyop described the Sensitization workshop as timely, saying the youths consist of 70 per cent of society and there is a need to engage the youths and challenge them to channel their energy properly towards a better Nigeria.

Dalyop also noted that the youth have the responsibility to stand together, and reasoned together for the Unity of the North and Nigeria as a whole.

He however commended the effort of the State officials of the Coalition of Northern Group for organising the Sensitization workshop.

Plateau State Coordinator of the Coalition of Northern Nigeria Comrade Bason Yohanna Sunday in his welcome address said the event is to create awareness for the Youths to remain focused ahead of the 2023 General elections.

Participants at the event include youths cut across the 17 Local Governments of Plateau State, as well as Political and Religious Youth Leaders.