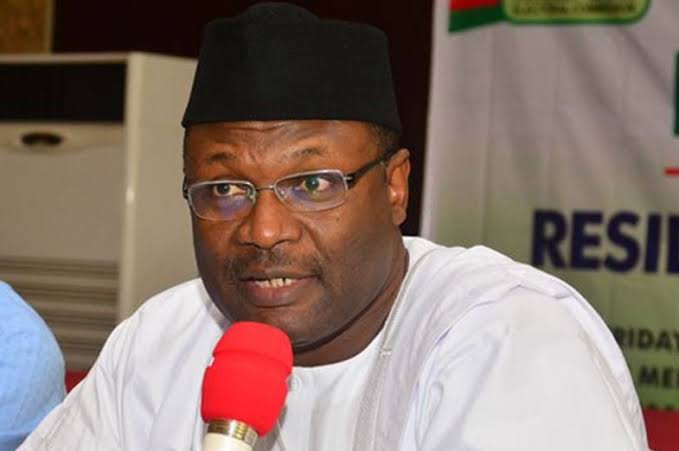 The Independent National Electoral Commission, INEC has insisted that whoever Nigerians elect as President, Members of the National Assembly, State Governors and House of Assembly Members during 2023 general election will be declared winners.

The capacity workshop which has the Theme; “Conflict-Sensitive Reporting, 2023 General Election and Countering Fake News, Aluko described as fake news rumours that the Commission has tendency of not Using Bimodal Voter Accreditation System (BVAS) during the 2023 elections.

He also reiterated the Commission’s assurance to the Nigerian electorate that results will be transmitted from the Polling Units electronically transmitted to the INEC result View Porter on the election day.

“INEC will use BVAS in all the Polling units across the Country, Engineers are are configurating the BVAS, we will transmit election results electronically to INEC result viewpoint on time on election day, that is what we are committed to given Nigerians, this are innovations to ensure that election is not only transparent, but clean and credible so that whosoever wins elections, he will kmow he wins clean and clear”.

He noted that INEC is training all its over 160, 000 staff in the country because the laws has change, saying is also important that Journalists all over know the details of the electoral act as well as the details of the New technology deployed so that they can inform the people.

He added that the training is all about building the Capacity of Journalists in the Country.

Meanwhile, the NUJ National President Chief Chris Isiguzo in his Keynote Presentation, “Role of Media in the Conduct of Peaceful Elections” said it is very necessary Journalists should take the issue of peace as a cardinal point and take into consideration the need to be careful so that areas that are already fragile do not explode or implode.

According to Isiguzo, Peace is a basic requirement in democracy, saying no democracy can flourish in the absence of peace.

“While, we concede that it is inevitable to eliminate crises and conflicts from our society, however it is important if deliberate efforts are made toward conflict resolution and peace building.

“As Journalists, we are expected to develop a thorough understanding of the elections and the electoral process, an understanding of conflicts and convey these to citizens in a way that reflect the truth in all their complexities.

The NUJ National President added that proper foundation established by Journalists will provide citizens with the opportunities they require to make informed judgments about issues involved and perhaps help the government in taking meaningful decisions.

“Media professionals should brace up for the challenges ahead, especially since they are expected to participate in the process of social reconstruction and democratisation by providing a positive and participatory forum for the exchange of ideas, democracy and nation building and while discharging their duties Journalists should never attempt to deviate from the ethics of the profession because it will not auger well for the nation. Since the role of the media in Nigeria’s emerging democracy is central, media professionals must maintain the highest possible standards in their practice.

“The role of the media in peace promotion or conflict escalation has been heightened by several factors which include ownership and funding, editorial policy, and the regulatory agencies, therefore it is proper to suggest peace journalism as an instrument in promoting peace and reducing the dysfunctional conflict to the barest minimum.

Grant and Partnership Manager of Centre for Democracy and Development Mr. Damian Ihekokonye on his part said the training is to equip Journalists and the CSOs with the knowledge on how to identify and counter fake news that may affect the 2023 elections.

“Journalists need to be sensitive to the environment, Nigeria is already having different conflicts across the six Geo-Political Zones, so we are making sure Journalists are responsible in their reportage that will contribute to credible elections.