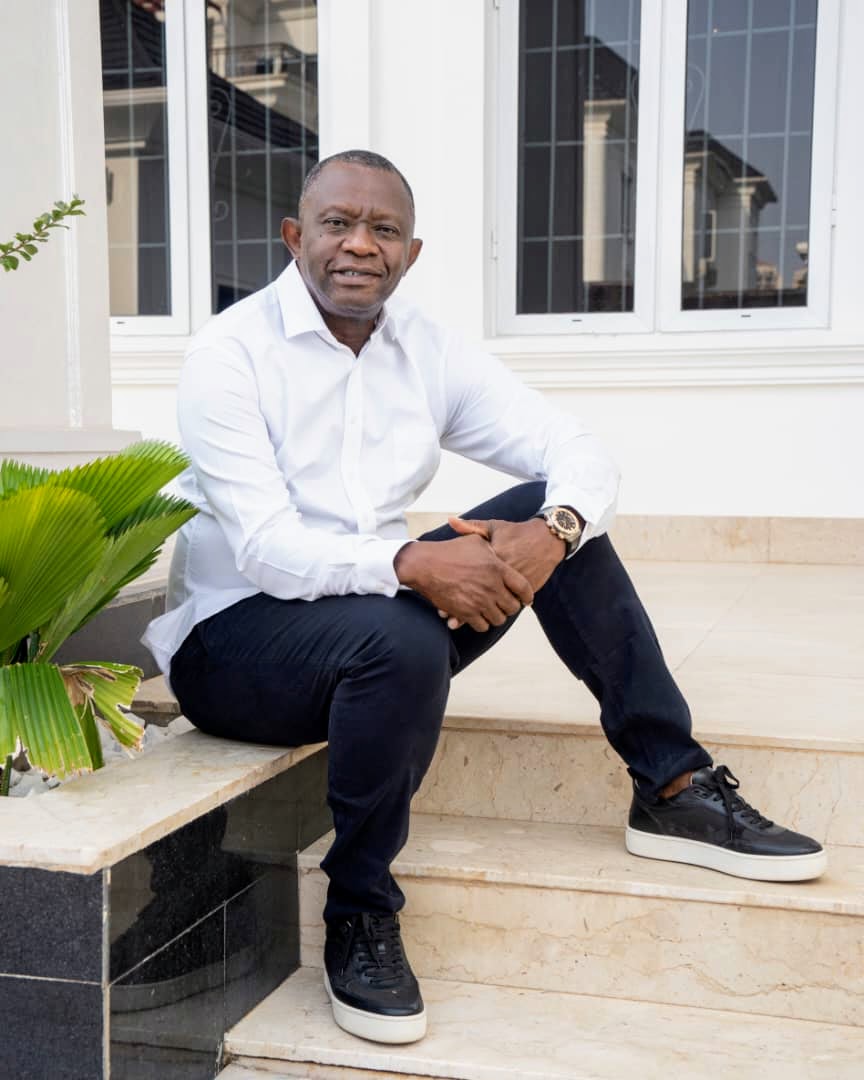 The All Progressives Congress (APC) Senatorial Candidate for Kogi West, Hon. Steve Sunday Karimi, has said the people should not be important for elections alone.

He stated this in a statement on his plans for his people and made available to newsmen in Abuja. adsbygoogle || []).push({});

He pointed out that one of the biggest challenges in a political space ‘is trust as the people see politicians as people who make promises just to win elections, after which they are neglected”.

According to him “My good people of Kogi West Senatorial District. Once again, I wish you a prosperous new year. It is a year of political, infrastructural and economic definition. It is a year we hope to redefine representation and serve the electorate.

“One of the biggest challenges in a political space is TRUST. The people see politicians as people who make promises just to win elections, after which the people are neglected.

“As your Senator, I will be coming from a track record with a delivery pedigree that our people are quite familiar with. I was in the House of Representatives for two terms and in that Federal Constituency, we are now campaigning with what those opportunities afforded us to do for our people.

“Going into the Senate, the stakes are expected to be higher. Our Senatorial District has three Federal Constituencies. We must unite our people with the spirit of equity, justice and fairness in sharing opportunities.

“Long before our primary election, my Team and I had gone round the Senatorial District, not just to talk to our people on my intentions; but to also look at the needs of the people. For each Ward, Local Government, Federal Constituency and the entire District, we have documented the major needs of the people.

“We did not stop at that. We have also drawn up an Action Plan to ensure we deliver on our promises to the people. The people shouldn’t just be important for elections alone, they deserve good representation, good roads, good medical facilities, empowerment and many other dividends of democracy.

“I salute all the previous Senators our District has produced. They have done their best in building a solid foundation. It is time to blaze the trail. We will do even better, learning from the past.

“Let me also commend the leader of our dear state and our party, His Excellency Alh. Yahaya Bello for his numerous projects within the Senatorial District and his promise to do more. We will continue to work closely with him as our leader to compliment his strides in our Senatorial District.

“Great people are fair people with a heart of justice. That is why Yagba is indebted to the rest of Kogi West for not leaving us behind. We will justify your Mandate of Justice and Fairness.

We will continue to campaign hard and seek your support for our dear party, the All Progressives Congress in the coming elections. It is an era of hope as the party is putting its best forward, from the Presidency down to the House of Assembly, to make Nigeria better.

“We understand our challenges as a District and we will address them from our first day in the Red Chambers . We will be accessible and submit to the franchise powers of the people.

“Pray along with us as we set out, together, to make Kogi West proud.”