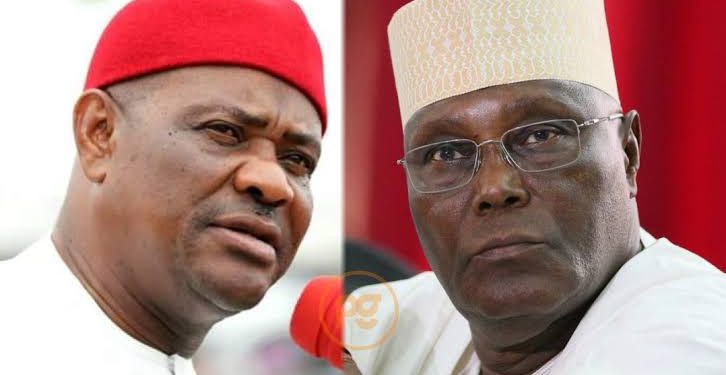 Governor Nyesom Wike of River State and the 2023 presidential aspirant has expressed shock at the suit filed at a Federal High Court in Abuja seeking the removal of Alhaji Atiku Abubakar as the PDP Presidential flagbearer.

Wike distanced himself from the purported suit and described it as a height of mischief with intent to score cheap political goals.

He reacted to THISDAY Newspapers on Friday after news platforms were awashed that the governor has file a suit at a Federal High Court in Abuja against the PDP 2023 presidential flagbearer.

Wike said, he neither know the lawyers, nor instructed them to file suit on his behalf, wondering the extent some elements could go in order to use him to win elections.

According to the purported suit marked: FHC/ABJ/CS/782/2022, the plaintiffs were said to have hinged their claims on the grounds that the PDP primary conferred undue advantage on Atiku which aided his emergence as the candidate of the PDP in the May 28 and 29 primary.

He further explained that mischief makers have highjacked his ill-feelings about the 2023 PDP primary election outcome for something else, adding that he had 14 days constitutionally to file a suit which he didn’t and the window has been overtaken by efflusion of time.

“I don’t know the lawyers”, Wike said: “Am I a kid to be filing a suit at this time. I had 14 days within which to file any suit. I didn’t, then is it two months after I will file a suit?”

“Just a few days ago, they came up with the claim that I ordered my chief security officer to pull down PDP’s flag in my office.

“This is all propaganda. Some people are trying to use me to win election.”

The governor said, he would institute legal action against those behind the suit, adding that he would continue to be loyal to PDP.