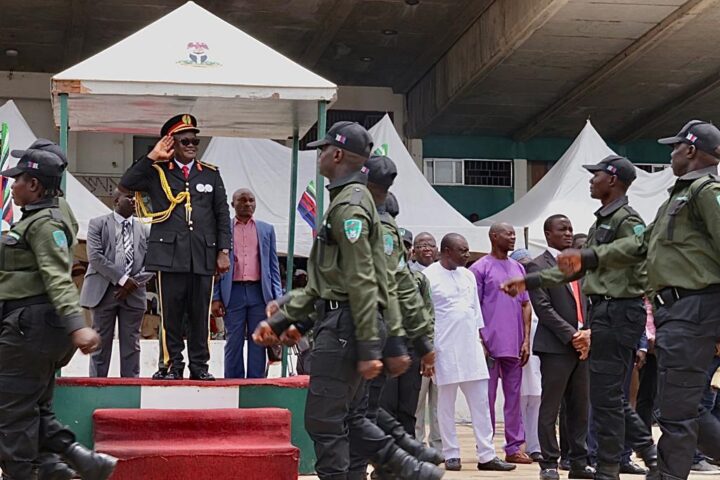 The governor said they would also be armed with other sophisticated weapons to enable them tackle insecurity that has left over 5000 killed in serial attacks.

The governor identified attackers as arms bearing Fulani herdsmen who haven been killing indigenous Benue people across the Senatorial flanks, but have dislodged over 1.5 million people who are now in various Internally Displaced Camps (IDPs).

The governor said, Nigeria’s security architecture is gasping for breath, noting that the vigilante group in the State would complement the effort of security operatives.

Ortom who personally oversaw the passing out parade of the guards said, Fulani terrorists had since 2011 killing people in Benue State, adding that the arms would be licensed for it to become legal

Read Also:  Address by the President of the Senate, Dr. Ahmad Ibrahim Lawan on the ocassion of the special session on the 2nd anniversary of the 9th Senate on Wednesday June 9, 2021

According to him: “I will apply for AK-47 and AK-49 licenses to properly arm the guards to enable them effectively confront the armed herders attacking Benue communities.

“Nigeria’s security architecture is gasping for breath as nobody is safe anymore. The worsening insecurity in the country has complicated Benue State’s security situation as other forms of criminality have started creeping in due to the Federal Government’s refusal to decisively address insecurity.” 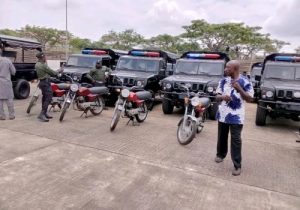 Ortom further observed that the Federal government had obviously failed to address insecurity in Benue and other parts of the country, a development that compounded security challenges, hence, he revisited the Benue State Vigilante Law of 2000, which was enacted to complement the conventional security agencies in the State to address emerging security issues.

Explaining reasons for the grade of arms to be used by guards in the State, he pointed out that Fulani herders who have been maiming people are carrying AK-47 and AK-49 rifles, the State government is going to apply for a license to legally procure AK47, AK49 and other sophisticated weapons for the Benue State Volunteers Guards to enable them tackle these murderous terrorists.

He stressed that a two-week capacity building will be organized for the
500 personnel of the Community Volunteer Guards to learn some basic paramilitary aspects, after which they would be deployed across the State.

Speaking on behalf of the Benue Traditional Council, BTC, the Tor Tiv, HRM. Prof James Ayatse pledged the full support of the council to the establishment of the BSCVG, assuring that the BTC would partner the guards to ensure the security of lives and property in the rural communities.

The royal father who commended the state government for setting up the guards with the assistance of the traditional institution urged the operatives to operate within the ambit of the law.

Also, the Chairman of the Benue State ethnic leaders and President General of Mzough U Tiv, MUT, worldwide, Chief Iorbee Ihagh as well as the President General of Tiv Youths Organisation, TYO Timothy Hembaor assured that the people of the state world support the guards with necessary intelligence to help them complement the activities of conventional security in the state.