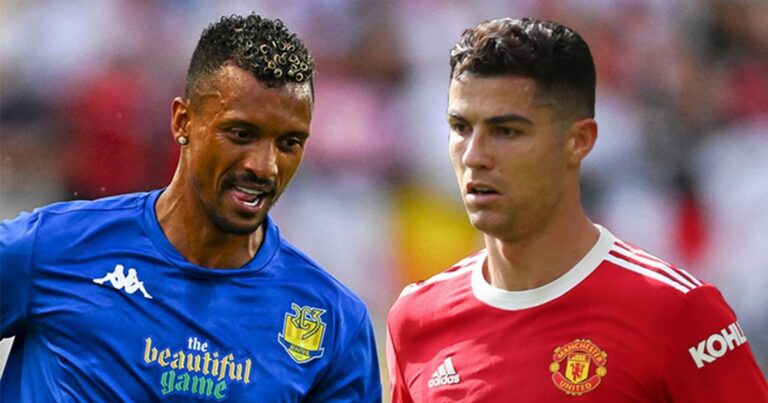 Former Manchester United star, Nani, has urged forward Cristiano Ronaldo to stay at the club for another season.

Nani feels Ronaldo and Man United will be ‘much stronger this season.

Ronaldo’s relationship with Man United manager Erik ten Hag has hit rock bottom, with the Portugal captain said to be ‘furious’ with the former Ajax coach.

The five-time Ballon d’ Or winner reportedly informed Man United of his desire to leave Old Trafford earlier in the summer as he is desperate to play in the Champions League this season.

On Wednesday, Ten Hag disclosed that it was ‘unacceptable’ that several players, including Ronaldo left Sunday’s pre-season friendly against Rayo Vallecano early.

Ronaldo made his first pre-season appearance for Man United against Vallecano but was pictured leaving Old Trafford before the final whistle after being subbed off at half-time.

Offers from top rival clubs have not been forthcoming but Ronaldo looks set to renew his efforts to leave the Red Devils following Ten Hag’s criticism.

It has already been claimed that Ten Hag has decided to bench the 37-year-old for Man United’s Premier League opener against Brighton on Saturday.

However, Nani wants Ronaldo to put all that behind him and stay at Man United for another year at least.

“I would like to see him in Manchester for one more year,” Nani told ESPN FC.

“Why not? The team has been doing great in the pre-season.

“They have been preparing well. They’ll be much stronger this season, so let’s see [about Ronaldo].” Continue Reading