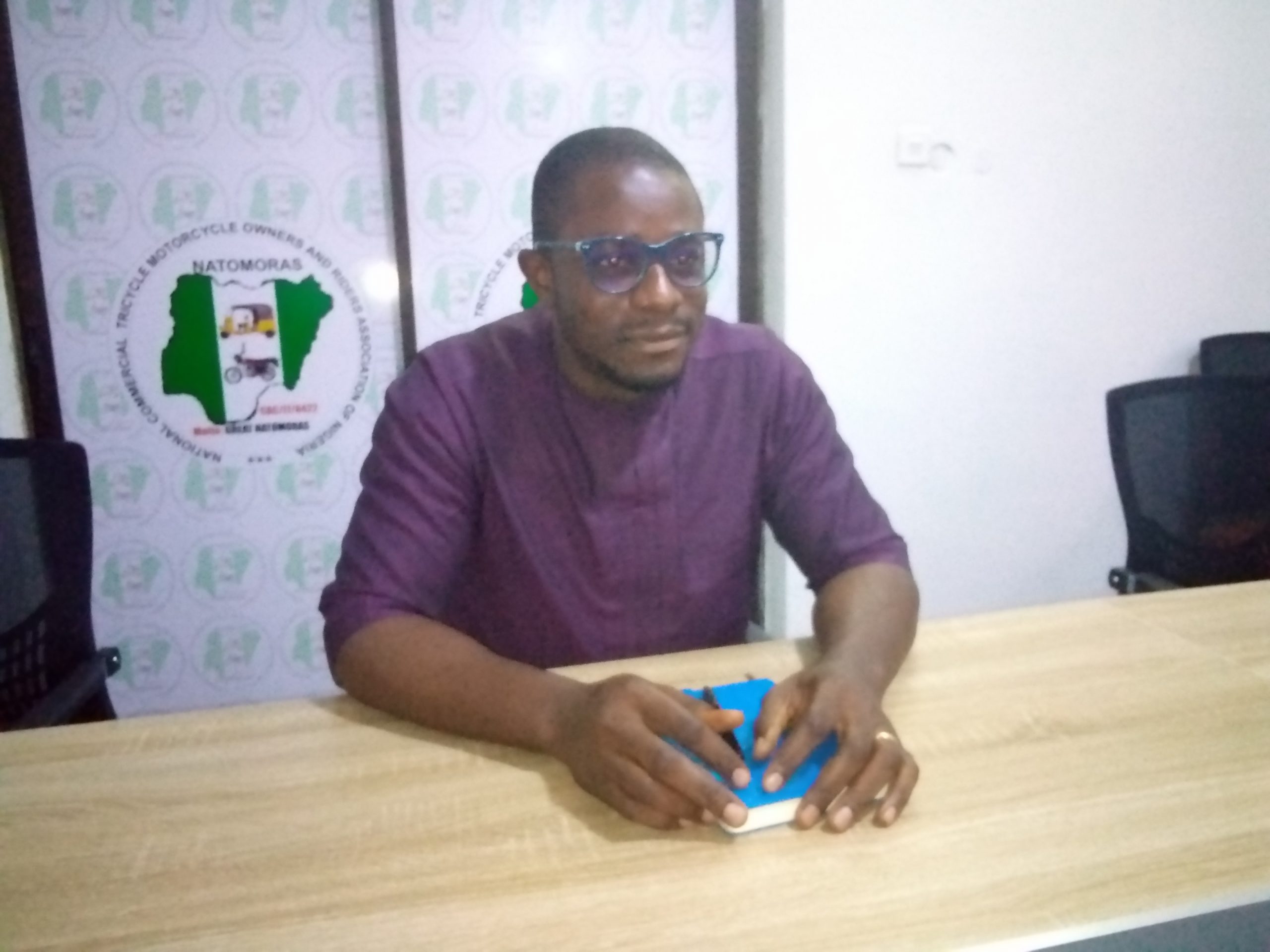 The National Executive Secretary of the of the National Commercial Tricycle and Motorcycle Owners and Riders Association (NATOMORAS), Comrade Sylvester Nandi-Esom has faulted the Federal government’s proposed ban of Okada riding over security challenges in Nigeria.

He argued that commercial motorcycling business involved over 14 million people across the country who are daily doing their businesses like any one, saying that government’s allusion to their criminality was not true.

He however, said, that arms smugglers were responsible for insecurity, stressing that for years, some people were smuggling rifles and dangerous weapons which were never produced in Nigeria into the country through porous boarders.

He lampooned the Federal government for not sanctioning arms smugglers untill their illicit business has resulted to security challenges, only to start blaming motorcycle and tricycle riders for the peril of the nation, adding that government has obviously failed in it’s responsibility.

He said: “Government in itself is a social contract that was established between people and the government, to give them protection in the area of security, the area of social welfare, infrastructure, etc. So if governments fails in their own responsibility, they look for places to rub what is supposed to be the responsibility to a less privilege category of people in our society.

“The reason why I say this is that government over time have in so many ways failed in the area of security , underrated the aspect of security of properties of life, especially in Nigeria. And now the thing they underrated is coming to their doorsteps and out of fear they’re bringing all kinds of stories that Okada Riders have done this and that.

“You recall that we have had serious security challenges in Nigeria. We had the issues of one chance, taxis , Boko Haram started their activities but we didn’t ban the sale of ammunition. Where did they get these ammunition.

“The fact that we do not have borders in Nigeria is already a problem because these ammunition were smuggled into this country because we do not manufacture them. People bring them into the country as part of their businesses.

“They do not ban the smuggling of those ammunition. They do not ban those trading in all these businesses. Now that the criminality has increased in our society, the government because of mechanism that happened in Abuja, Kuje prison was assigned to Okada.

“Now my question is if you ban Okada today, what is the alternative you prepared for the citizens ,what are the mechanisms in place to checkmate these excesses of insecurity? Because , as far as we are concerned , we are an association constitution ally constitutionally enshrined.

“We are registered with CAC with approximately 14 million members. So if you ban Okada for the reason that crimes are being carried out, Now, the issue is we have different segments of Okada.

“Staff of the civil service especially in the state use Okada . The members of National Assembly have done series of empowerment giving Okada and you announce to ban Okada.

“This is what they’re using to empower the people and you want to disempower them. That’s the basic question. So you cannot say because they use the bikes that are not registered with us as an association.

“As we speak now, members of ASUU are now using Okada to survive because there’s no salary. Since they have been on strike.

“How would you not look at that because some elements uses it to carry out some illegal activities in our society. Why haven’t we banned the government because of some elements of criminality and corruption that we experience?

“There are places that people are roasting, corn and you have to go with a bike, and those corns are not manufactured on the road, and they go to farms to bring them with Okada to the market.

Have we banned any vehicle that was used in that operation? But coming to us, we understand as a system, a whole system in which there are subsystems, now political parties, other associations are part of the system”.