Ahead of the 2024 Kogi governorship election, the Kogi State All Progressives Congress (APC) has decided at an elaborate stakeholders’ meeting which held between Christmas and New year to field Senators Smart Adeyemi as governor with Jibrin Isah aka Echocho as Deputy.

The meeting which was held at the Government House, Lokoja was presided by Kogi State Governor, Alhaji Yahaya Bello.

The resolution of the Kogi State APC caucus meeting which was leaked to CAPITAL POST in Lokoja barely a week it was held, revealed that Mr. Edward Onoja, currently serving as Deputy Governor would vie for Senate to represent Kogi East Senatorial District.

Also, the governor, Alhaji Yahaya Bello would vie for the Senatorial slot to represent Kogi Central Senatorial district, while Edward Onoja was pleaded to jettison plan, overtly or covertly to contest gubernatorial election in November 2023.

The election that would bring Yahaya Bello and Edward Onoja to the Senate was expected to be conducted through a bye-election in 2024 as their tenure ends on 27th January, 2024, since the timeline will not be the same with the general election to be held in March, 2023.

Sources who leaked the resolution and pleaded anonymity, explained that all the three Senators, Jibrin Isah Echocho, Smart Adeyemi and Yakubu Oseni will be allowed to recontest in March, 2023 with Yakubu Oseni and Echocho holding the position in lieu till when the Yahaya Bello/Edward Onoja’s administration will lapse for a bye election in 2024.

Oseni currently representing Kogi Central Senatorial district will hold the Senate seat in trust, believing that as an easy going man, he will relinguish and allow a bye-election, but was unknown what position he will be compensated with. 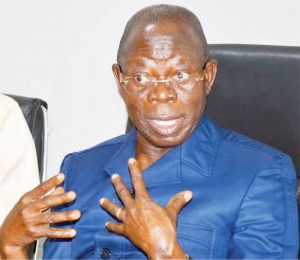 Oseni was the Chairman of Kogi State Internal Revenue Service (KGIRS) before he became Senator representing Kogi Central in the 2019 general election.

It was obvious to the Governor, that the manner with which his Deputy was conducting himself showed his ambition to succeed him in January, 2024, but Bello was reportedly quoted saying that Onoja has been his right hand person, saying both of them would go to the Senate through a bye-election, or “won’t we be doing things and eating together again?”, Bello was quoted to have asked his deputy while cracking jokes in the meeting.

From the political permutation for Kogi West, Hon. Mathew Kolawole, the Speaker of Kogi State House of Assembly was tipped to take over from Smart Adeyemi as Senator when he becomes the State Governor effective from 27th January, 2024. Hon. Kolawole, a poster boy had been a loyalist who would have presided over the State Assembly for two terms before that time.

He is currently championing Yahaya Bello for Presidency in 2023, a situation that further deepens his relationship with the governor.

CAPITAL POST further gathered that House of Representatives members on the platform of the All Progressives Congress who are currently serving would be allowed to recontest, except few ones considered not loyal to the Governor and the APC.

It was stated that the Smart Adeyemi/Echocho joint ticket was made known at the stakeholders meeting early enough to check mate aspiration for governorship, particularly from the Eastern part of the State. Bello told lawmakers in the APC to work towards the plan, giving their loyalty and acceptance of the proposal as conditions precedent for the return to their various legislative Assemblies in 2023.

He also reminded the political beneficiaries that the opposition Peoples Democratic Party (PDP) in Kogi State was waiting in the wings to take advantage of disloyalty of members of APC, warning that they should betray the party at their own risk.

Notwithstanding, though, Hon. Hassan Abdullahi Baiwa, member representing Dekina/Bassa Federal Constituency, a younger brother to the erstwhile National Women Leader of the APC, Hajia Salamatu Baiwa would be denied a return ticket.

For now, he has been side lined from the caucus meeting of APC in Kogi when an important decision would be taken. However, it’s not yet clear if he will defect to the Peoples Democratic Party before 2023 general election, even as he was aware of road block being mounted to stop his return in 2023 at all cost.

Baiwa had contested governorship primaries with Yahaya Bello on APC platform in the 2019 Kogi State election as an incumbent Reps member, a situation that did not portray him a party loyalist, hence, plans were afoot to teach him political lessons.

There may be surprises of defections and cross carpeting as it was learnt, that the former House member representing Dekina/Bassa Federal Constituency in the 8th National Assembly on the platform of the Peoples Democratic Party (PDP), Hon Benjamin Ikani Okolo would be lobbied to join Yahaya Bello’s camp ahead of 2023. It’s not certain, if Ikani will defect to the APC, but CAPITAL POST can confirm that any moment from now, the APC zonal Chairman in charge of Kogi East Senatorial District will reach out to him.

The choice of Smart Adeyemi, sources said, was not only borne out of Yahaya Bello’s belief for power rotation, but, for Senator Smart Adeyemi ‘s loyalty to the APC since he joined the party. Also, Smart, having rooted Senator Dino Melaye out of Kogi West politics successfully became endeared to the Governor the more, particularly that the Yahaya Bello and Dino have long drawn battle.

CAPITAL POST recalls that Yahaya Bello has at different times past said, it was easier for a minority to hand over power to another minority when he was campaigning while seeking support of the Okun people in the Western part of the State.

In one of his outings at the Obaro of Kabba ‘s palace, Bello insisted that he should be supported, vowing that when he finishes his tenure, he would hand over to an Okun man. Similarly, Adeyemi has been consistent that Yahaya Bello will hand over power to the Western district in the spirit of equity and fair play.

Infering from the development, it was expected that Senator Smart Adeyemi will work hard to unite everybody from the West irrespective of political affiliation for “Okun agenda 2024. The Okun agenda, like the Ebira agenda that saw nobody contesting with Yahaya Bello from Ebira land, except Barrister Natasha Akpoti of the Social Democratic Party (SDP) in the November, 2019 gubernatorial election, was expected to ensure that nobody contests with Senator Adeyemi from Okun land on the platform of the All Progressives Congress.

Meanwhile, the Senator Smart Adeyemi governorship, as political pundits view will contrast with the earlier arrangement which was championed by the former governor of Lagos State and APC National Leader, Ahmed Bola Tinubu who had tipped Hon. Abiodun James Faleke for 2024 governorship.

Faleke who represents Ikeja Federal Constituency in the House of Representatives and Chairman of House Committee on Finance was the gubernatorial running mate of the late Prince Abubakar Audu who won the governorship election before he died of bleeding ulcer on 22nd November, 2015.

Before governorship election in November, 2019, at a point the former National Chairman of the APC, Comrade Adams Oshiomole insisted that the governorship ticket will not be given to Yahaya Bello for a second tenure over non performance and the lack of payment of workers’ salaries. Oshiomhole ‘s position triggered many aspirants who purchased nomination forms in their numbers especially from Kogi East Senatorial District.

Along the line, an aspirant and former Chief of Naval Staff, Jibrin Usman was in clear lead in the governorship electioneering campaign, thereby sent paranoia into the camps of Yahaya Bello and Onoja, a situation that made Bello ate the humble pie and paid a visit to Asiwaju Ahmed Bola Tinubu.

While in Lagos, a deal was struck in the House of the APC leader urging Bello to hand over governorship to James Faleke in 2024, which he agreed. It was based on the gentleman agreement that Tinubu agreed to support Bello for a second term while he immediately called on Comrade Adams Oshiomole to allow Bello a return ticket.

Tinubu also asked Hon. Faleke to rally support for Bello, which he (Faleke) later paid a surprise courtesy visit to the Governor in Lugard House and pledged support for Bello’s second term in office.

It was at Tinubu ‘s prompting that Oshiomhole decided to disqualify every aspirants to pave way for Bello’s second term in office.