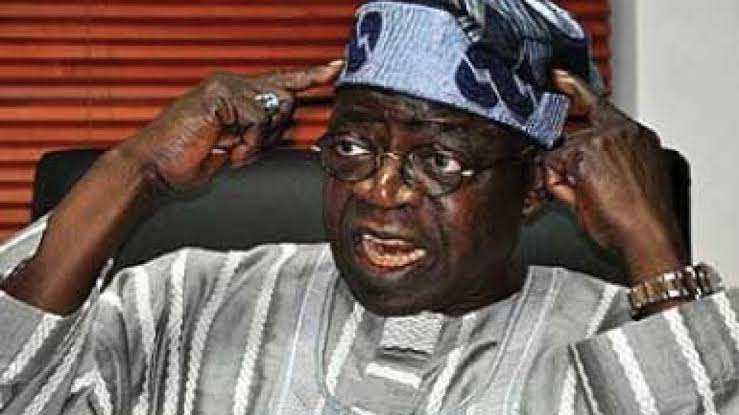 He stated this on Sunday in an interview with reporters after endorsement claims hit news waves.

Khalil said membership of the Council of Ulamas are drawn from various political interests, hence, they couldn’t have made a mistake of endorsing Tinubu.

He said some groups visited Ahmed Bola Tinubu and the Oba of Lagos after the EndSARs protest that rocked Lagos, Abuja and other parts of Nigeria and they commended Tinubu for his support that led to the emergence of President Muhammadu Buhari in 2015 general election.

“Bola Tinubu was in Kano to attend wedding Fatiha of Sheikh Muhammad Bn Usman’s daughter, a political gathering at Mambayya House by Buhari Supporters group and to reciprocate the visit of some Muslim groups across Nigeria that visited him and the Oba of Lagos after the EndSARS protest in Lagos over the loss of lives and properties.

“I am so overwhelmed with this visit as I never expected it, hopefully, I am going to return the visit.’’

Khalil added, “He was subsequently notified about the wedding of Sheikh Muhammad ibn Usman’s daughter which he promised to attend.

“Hence during the visit, Tinubu expressed willingness to visit the Ulamas which was practically impossible for him to go from house to house.

“There and then some of the clerics that were part of the visit to Lagos were assembled and Tinubu came with governor Abdullahi Ganduje.

“It was one of the clerics, Shehi Shehi who lauded Tinubu for the support he gave Buhari in 2015 which led to his electoral victory. He said we would always appreciate you and return your gesture.

“Funny enough, the media pick a report that Kano Council of Ulamas endorsed Tinubu for 2023 even when some members are not APC supporters and have nothing to do with APC”, he posited.