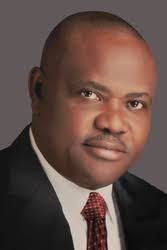 Governor Nyesom Wike had at a Special Session organised to mark the 2020/2021 legal year in Rivers State tackled the Federal Government for plans to deduct State funds at source to finance the judiciary.

He said President Buhari’s move to deduct at source is ill-motive and ill-advised, particularly doing that through the Executive Order 10.

He argued that it will create more problems for the judiciary as it will also tamper with its independence.

Speaking on Friday in Portharcourt, Wike said: “The Federal Government was in another clear breach of the constitutional powers of the governors to manage state resources in a federal system.

He said governors of States were more interested in the progress of State Judiciaries, wondering if independence of the judiciary was all about finances.

Wike maintained that judicial officers should have leverage to write judgments without the fear of being harassed by officers of the Department of State Services (DSS) or the Economic and Financial Crime Commission (EFCC) in line with constitutional and professional mandate.

He explained how he was doing things differently in terms of financing the judiciary which he said, under his administration, Rivers State judiciary enjoys practical autonomy and efficiency.

The governor lampooned at the Nigerian Bar Association Chairman of Rivers State branch, Prince Nyekwere for accusing the Nigerian Military of extra-judicial killing of the Independent Peoples of Biafra (POB) members.

He challenged the Rivers State branch of the Nigerian Bar Association to make a formal memorandum and submit to
the Judicial Commission of Inquiry set up by the State to probe the atrocities of the Special Anti-Robbery Squad (SARS) for extrajudicial killings in Oyigbo and stop making unsubstantiated allegations.

The Governor lauded the Chief Judge, Justice Adama Lamikanra for her illustrious service and commitment to the progress of the judiciary in the state.