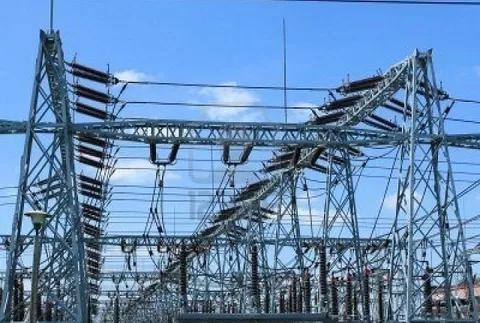 Rural Electricity Agency has revealed that about 8 million Nigerians are without access to electricity despite huge investment in the sector.

The Managing Director expressed concern that the electricity sector’s inability to cover all Nigerians, stating that the workshop was a means to brainstorm with the lawmakers on the way forward so that all Nigerians should have access to electricity.

The Hon. Minister of State for Power Goddy Agba in his opening address stated that, “we must collaborate to ensure that massive renewable energy resources are efficiently utilized.”

He further stated that, “that over 80 million Nigerians lack access to renewable energy is alarming and to change this narrative, we must continue to strategically deploy renewable, off-grid technologies to power Nigeria, one community at a time”. adsbygoogle || []).push({});

The Executive Secretary of the agency, Mr. Sanusi Ohiare made the position of the agency known that “the target before the agency is to get Universities connected to renewable energy and so far, almost 37 of them have the projects currently ongoing.”

Some of the challenges of the agency according to Ohiare include the need to upgrade the internal capacity of the staff, better budgetary allocation and a gap of $2 billion those who don’t have access to electricity.

The MD, REA, Sanusi Ohiare said the aim of REA “is not only to take electricity to the people, but how that transforms people’s lives economically”.

President of the Senate who was represented by the Deputy Chief Whip, Senator Ujor Kalu, in his speech said that the National Assembly will do their best to be on the same page with the Executive for the progress of Nigeria and Nigerians.

“Though, we have recorded successes, I must confess that we are still quite afar from our desired destination with millions of Nigerians having no access to reliable electricity. Which is why we continue to charge the members of the Committee on Power to constantly oversight this sector and make beneficial decisions for the sake of all Nigerian citizens.

He further said that Senate promised to work with Rural Electrification Agency to making sure they succeed which further translated to the growth of this country.

“When they say some countries have achieved, may be 80 – 90 per cent power accessibility for their people, it is so much that they are all connected to the national grid of those countries. Renewable energy have been deployed in India, China, Brazil and a host of other developing countries that have made progress in their industrialization.

“What the REA stands for is to be sure that this 80 million Nigerians that have no access to power have access to power through renewable energy, wether it is solar, biomass, solar through mini grid, etc. With mini grid they can operate with small cottage industries.

Accordingly, Senator Gabriel Suswam who is the committee Chairman on power maintained that, power play a vital role in the country’s economy.

He also spoke on security of the nation which he attributed to power failure, stated that “those that operate micro business, hence they can not operate due to power failure and there is every tendencies for them to look for alternative”.

Suswam, who also call on public private partnership to complement government’s effort to enable 80 millions Nigeria have access to electricity to boost their Rural economy.