Governor Ortom stated this today at the Benue Peoples House when members of the State Correspondents Chapel of Nigeria Union of Journalists paid him a courtesy call.

He stated that youths must be given a sense of belonging and confidence as what is currently obtainable which had provoked nationwide protests needed to be corrected. adsbygoogle || []).push({});

The Governor pledged continued partnership of his administration with the media for adequate reportage of programmes and policies of government, stressing that the forth estate of the realm must continue to do reports that seek to uphold societal values and support development.

While congratulating the Correspondents chapel for a successful election and inauguration of a new executive committee, Governor Ortom pledged continued support to the chapel, stressing that their decision to honour his Chief Press Secretary, Terver Akase was commendable.

The Governor explained that his administration had taken proactive steps including legislation to curtail attacks on people of the state, adding that in a few years to come, the issue of pensions would also become a thing of the past.

Chairman of the Correspondents Chapel and correspondent of Daily Independent, Tor Vande Acka acknowledged the support of the Governor to the chapel, saying the media would continue to give adequate reportage to government activities and the state in general. 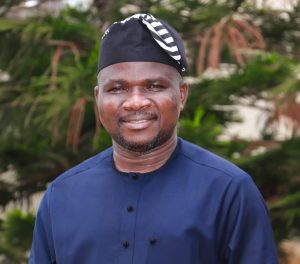 He stated that Governor Ortom had become a rallying point for speaking against injustice, saying the ranching law his administration initiated had become a model in the country.

The Correspondents Chapel Chairman acknowledged the zero attacks on the media during the tenure of Governor Ortom, saying the development had encouraged them to give an award to his Chief Press Secretary, Mr Akase in the forthcoming press week.