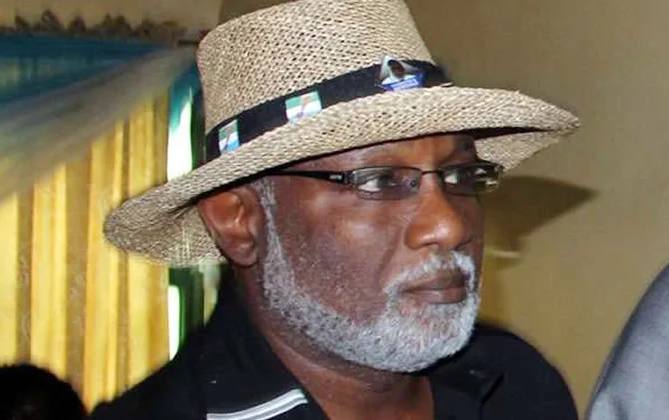 He told the youths in the State that on his achievements in first term, stating that what his political is promising them that he would reduce tuition fees in tertiary institutions for them was lies.

Speaking at an interactive session with youths and students in Ondo on Saturday, Akeredolu insisted that operating three Universities made it difficult not to increase fees in order to meet up in running the tertiary institutions, but added that his focus in second tenure of office, if voted, would be job creation through entrepreneurship, skill acquisition and Agriculture.

According to him, over 20,000 jobs direct jobs have been created through the various industries operating at the Ore industrial hub, while he revealed that an investor has paid the first installment for the moribund OluwaGlass at Igbokoda, Ilaje Local Government Area.

On agriculture, he said: “Very soon, the College of Agriculture will depend less on government funding. They want to focus on cultivating mushroom for export.

“They built universities without getting accreditation for any courses. We had a Medical School without a teaching hospital. I am building two teaching hospitals in Akure and Ondo town. We are turning Ondo States to a medical hub.

“We are earning less and doing much. There was a time we earned big but all the money went down the drain. My concern is to move ahead. We will need the best to manage the three universities.

“When I was sworn in 2017, the first executive bill I sent to the Ondo State House of Assembly was the establishment of Ondo State Development and Investment Promotion Agency (ONDIPA) to see to the policy of investment promotion, business development and wealth creation in our state.

“Today, through ONDIPA, Ondo has moved from number 34 to number 16 in the ease of doing business in Nigeria. By the grace of Almighty God, the Ore Industrial Park is a creation of ONDIPA under the leadership of Boye Oyewumi”, He said.