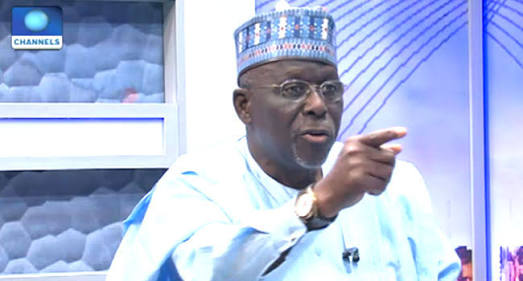 In a statement issued by his media Aide, Abubakar Yusuf on Sunday and sent to CAPITAL POST, said, the former governor counselled newsmen to verify reports before publishing in order guard against fake and insurance State tinted news.

The statement explained that the former Governor denied reports in which he allegedly chided his successor and incumbent Governor Yahaya Bello over the debt profile of the state.

Abubakar clarified that his boss did not at any time grant an interview or authorised any for publication by the media. He noted that there is an obvious mischief in the reports as the promoters neither mentioned the time, date and venue of the controversial interview as expected in standard journalism practice.

Abubakar noted that Capt. Wada as a former Governor knows the burden and immense responsibilities of that office and will do nothing to desecrate it and its occupant.

He said further that it is not in the character of the aviator to discuss persons and that all facts relating to his stewardship are in the public domain.

Yusuf Abubakar called on the media to shun undue sensationalism and to devote efforts to development issues in the discharge of their professional duties.

The forner Governor insisted that what Kogi state and Nigeria needs now is how all hands can be on deck to move the nation forward and improve the wellbeing of the people rather than idle tales.

You can’t stigmatize me over Killings in Plateau North, says Senator Gyang