As global condemnation over Tuesday’s killing of peaceful protesters by suspected security personnel and the national conversation on the need for a pro-people government peaks, the Peoples Democratic Party (PDP), Caucus of the House of Representatives has called on president Muhammadu Buhari to immediately address the nation.

Read Also:  Osinbajo reveals reasons he has not been seen these days

The caucus said, it has risen in solidarity with the Nigerian people to condemn the brazen attack on harmless citizens who were only expressing their fundamental human rights as permitted in every democratic society, also demands for clear road map towards putting Nigeria back on track.

The PDP caucus led by Rep. Kingsley Chinda (Rivers), after an emergency meeting to review the State of the nation, resolved to frown at the “mindless killing of Nigerians ( their Constituents) who were already demonstrating against unresolved cases of extra judicial murders orchestrated by government forces and commiserates with families of all those including policemen who lost their lives whilst praying for the repose of their souls”. adsbygoogle || []).push({});

“Leaning on the widely held consensus of inequality that has gripped the nation, the PDP green chamber caucus wondered why the leadership of the nation instead of heeding to citizens call for responsive leadership would resort to watching machinery of state sniff life out of harmless agitators, in a decade of reasonable engagement and citizens participation has become a courted virtue in other climes. The Caucus calls for the withdrawal of the military from the streets of Lagos and other parts of the country where human rights’ abuses are reported”, it said.

The caucus urged the federal government to consider the agitators’ demands, which include the suspension of the ill-timed response of renaming FSARS to SWAT.

“The PDP Caucus agrees that there is need to rejig our abusive implementation of Federalism, calling to mind the need to engender a national conversation by adopting the 2014 National Conference report for consideration by the National Assembly, as well as constitutional amendment to divest power and resources from the centre to States and Local Government Areas”. 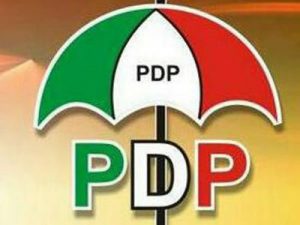 “set up a National Judicial Panel of enquiry into citizen’s grievances;
b) establish a National compensation fund for victims of the police brutality;
c) an unemployment benefit fund to be contributed by the three levels of government to cushion the biting effect of the downward economic realities in the country.”

The Caucus also advised the President to immediately order the arrest and prosecution of officers involved in the Lekki killing and urgently rejig the nation’s security architecture through comendable reforms and appointment of more competent service chiefs, to handle the myriad of security challenges confronting the nation.

“Calls on the President to urgently address the Nation on the strategies of the government towards tackling the issues with time lines.

“The Caucus finally resolved that where the President fails to take decisive and satisfactory action within a reasonable time, the caucus shall consider and activate legislative actions to salvage the situation and ensure that all those involved in the killings face criminal trial at the International Criminal Court.”

The caucus finally appealed to Nigerian Youths to be peaceful in their agitation for a better country, assuring that the Caucus will do all in its power to ensure the evolution of an egalitarian society for the common good of all.