A Civil Society Organisation, Action Aids For Transparency and Justice (AAFTJ), has threatened to institute a legal action against the outgoing Chief judge of Niger State, Justice Mohammed Aliyu Mayaki, and the Commissioner of Police in Niger State, Mr Adamu Usman for unlawful detention of a Minna based Online Journalist, Alhaji Uthman Mijinyawa Siraja over a publication exposing the appointment of the daughter of the outgoing chief judge as the Secretary of the State Judicial Service Commission (JSC), ahead of most qualified applicants.

The Journalist who was arrested two weeks ago after the said publication on CAPITAL POST went viral, while the outgoing Chief judge felt embarrassed, described the report as malicious and damaging to his person.

The Civil Society felt that the said publication was in consonance with the provision of the 1999 Constitution as amended as well as the Freedom of Information Act, hence, the arrest and detention of the journalist by the Chief Judge of Niger State constituted a breach of his fundamental human rights.

The CSO in a press statement jointly signed by the North Central Director of (AAFTJ), Comrade Abdulmajeed Jimoh, and the Head of Legal Services, Barrister Jameela Okpanachi which was released on Sunday, vowed that the Commissioner of Police in Niger State, Adamu Usman and the outgoing Chief Judge would be prosecuted, saying they should be prepared to face the full wrath of the law for unlawful detention of the Journalist.
Explaining his experiences over his detention, Alhaji Uthman Mijinyawa said: “I was invited by the Chief Protocol of the State Judiciary, one Danladi Sallau Pangu for a discussion only for the Chief Protocol who claimed that the Chief Judge alledged that he divulged the information of Niger State Judiciary to me as he was the closest person to the Chief Judge only for me to publish online.

“The Chief Protocol then arranged with the Police from GRA Divisional Police Command where I was whisked away like an ordinary criminal and taken to State Headquarters for onward interrogation and kept in CID custody for three days.

According to the press statement which was made available to CAPITAL POST, the CSO said after going through the publication and making findings in Minna, the report was discovered to be the true position of the whole contents.

“We further discovered that the daughter of the outgoing Chief Judge, Aisha Mohammed Aliyu Mayaki was acting as the Secretary of the State Judicial Service Commission (JSC) on level 17 which is the position of Permanent Serectary in the State Civil Service.

“We further learnt from a confirmed authority that an emergency JSC meeting was conveyed on Tuesday last week, and one Abdulrahaman Garafini who was a Deputy Chief Registrar Litigation was hurriedly appointed as the substantive Secretary of the JSC. 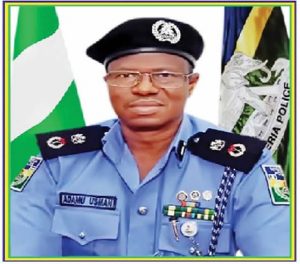 “Equally, it was also discovered that the outgoing Chief Judge inaugurated 13 new Magistrates on Friday with his daughter on the first list.

“Our question here is this. Why the Journalist was arrested and detained for doing his work perfectly and professionally.

“Why should the Police Commissioner allowed himself to be used by the outgoing Chief Judge to arrest and detain the Journalist who we even gathered that he has been covering the activities of the Command and the Judiciary for years.

“If the outgoing Chief Judge felt offended with the report, the appropriate thing for him to do is to institute a libel suit against the Media organization and not even the Journalist who was doing his work.

“For all these unlawful detention of the Journalist, we are left with no option than to seek redress against the Chief Judge and the Commissioner of Police for allowing himself to be used to intimidate Alhaji Uthman Mijinyawa Siraja.”