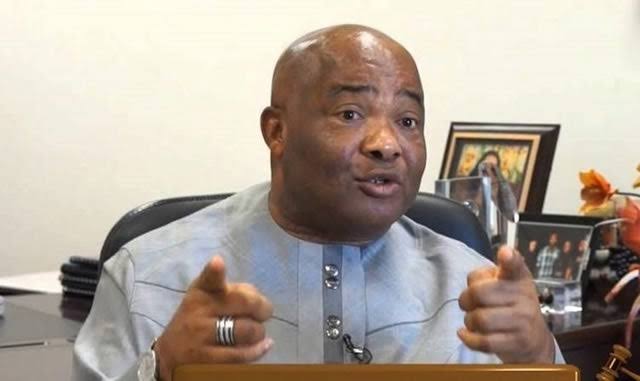 The Executive Governor of Imo state, Senator Hope Uzodinma has been made the Chairman of the Mobilization team of Governors for the 2020 December general pilgrimage to Israel.

The Executive Secretary of the Nigeria Christian pilgrim Commission, Rev. Yakubu Pam disclosed this in his office in Abuja, recently during the governor’s solidarity visit to NCPC.

The NCPC boss described the Governor’s visit to NCPC as one of his happiest moments. According to him, “Governor Hope is a man I have admired from afar for his courage. He was amongst the first governors that indicated his interest to partner with NCPC for pilgrimage sponsorship. We are very happy to have him as our partner”.

He explained that as the leader of the NCPC mobilization team to this year’s pilgrimage, the Governor would help to coordinate other Governors in the South East and other Christian Governors in Nigeria, especially for the One Day Special Prayer for Nigeria in Jerusalem tagged “A Day with Jesus”. adsbygoogle || []).push({});

In his remarks, Governor Hope Uzodinma assured the NCPC boss of the support of his government in advancing the cause of Christian Pilgrimage in Imo state and in Nigeria as a whole. He explained that faith renewal is usually a critical part of Christendom.

He described his visit to NCPC as a solidarity visit aimed at supporting the laudable programmesof the Commission. According to him, “We shall partner with you to see that Nigeria is well united more than ever before through prayers”.

Governor Uzodimma explained that he was sequined that God would intervene in the challenges confronting the nation such as hunger and poverty.

He explained that it is only prayer that has been keeping the nation together. Therefore, he stated that he received the chairmanship of the mobilization team of Governors for this year’s pilgrimage with joy because it would afford him the opportunity to reach out to his fellow Governors and well-meaning Nigerians to key into the pilgrimage programme in Jerusalem to pray and ask God to have mercy on Nigeria and heal the land.

NCPC boss, CAN tasks younger generation to push for peace for national development