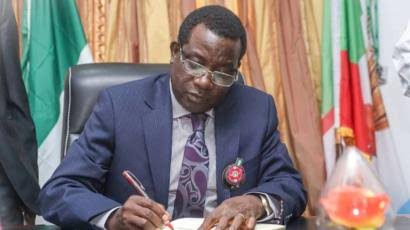 The Executive Governor of Plateau State, Rt. Hon. Simon Bako Lalong has approved the appointment of members of the Judicial Panel of Inquiry to investigate complaints of police brutality and related extra judicial killings in Plateau State with a view to delivering justice for all victims of the dissolved Special Anti-Robbery Squad (SARS) and other police units.

Lalong in a Press Statement signed and issued on Sunday by his Director of Press and Public Affairs Dr.Makut Simon Macham said the panel is in line with the recommendation of the National Economic Council (NEC) for the establishment of State-based judicial Panels of Inquiry by Governors to hear complaints and ensure accountability in the operations of police units in their States.

“The terms of Reference among others are to receive and investigate complaints of Police Brutality or Related Extra Judicial Killings; evaluate evidence and draw conclusions on validity of complaints; as well as recommend compensation and other remedial measures.

While congratulating members of the Committee for their appointment, the Governor challenged them to be thorough, diligent and fair to all those that will appear before them in order to ensure that justice is served to all parties without any bias.

The committee is expected to carry out its assignment within six months and submit its report.

Meanwhile, the Governor has thrown more light on his remarks during an interview with journalists at the Presidential Villa Abuja where he was alleged to have said that Northern Governors want the return of the scrapped Special Anti-Robbery Squad (SARS).

The Governor explained that there was no way the Northern Governors will call for the resurrection of an already scrapped SARS as approved by the President and announced by Inspector General of Police.

“What he simply conveyed in the interaction with State House Correspondents was the need for deeper and wholistic reform of the entire policing architecture in the country where he stressed the fact that despite the condemnable atrocities by some members of the dissolved SARS, there are some among them that are good and performed their duties diligently, and as such there should not be blanket condemnation. This is why he cited the examples of some Northern Governors who testified that the disbanded SARS contributed significantly to the fight against insurgency, banditry, kidnapping and other violent crimes in their States.

Read Also:  Breaking: IGP breaks silence on why Magu is being detained

“For the avoidance of doubt, the Governor reiterates his deep support for the agitation of a wholistic reform of the policing architecture which has commenced with the scrapping of SARS and will continue to advocate for further reforms such as the rapid implementation of community policing for which he has been a strong advocate”.

Related Topics:BrutalityJudicialPanelPoliceSimon Lalong
Up Next