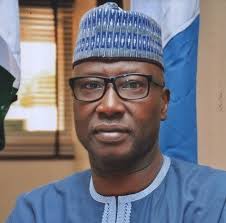 The Secretary to the Government of the Federation, Boss Mustapha who praised the substantial compliance with the COVID-19 protocol during the exercise advised other states to copy what he described as the “Nasarawa state model”.

This was contained in a statement signed by the Chief press secretary to Governor, Abdullahi Sule, Comrade Ibrahim Addra copy of which was made available to CAPITAL POST in Lafia.

The SGF spoke with correspondents after an interaction with the Nasarawa State Governor Engr. Abdullahi Sule Tuesday in Abuja.

Mr. Mustapha described Engr. Sule’s leadership style in Nasarawa as innovative and full of ideas where promises are made and kept. He also commended the peace-building role of Governor Sule in resolving crises between neighbouring states of Benue and Taraba.

In his remarks, the Nasarawa State Governor, Abdullahi Sule thanked the Federal Government for its support to the State especially in its fight against insecurity and the Covid- 19 pandemic.

LG Chairman speaks on effort in tackling insecurity in Nasarawa