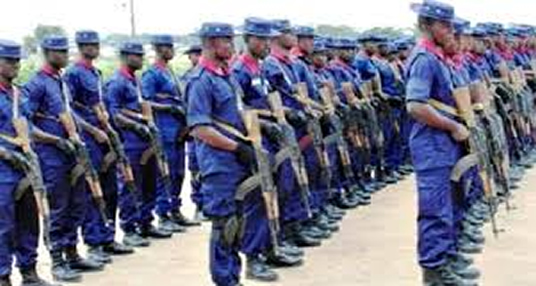 New Commandant of the Nigeria Security and Civil Defence Corps (NSCDC), has been deployed to Niger State Command.

He is Commander Haruna Bala Zurmi, who succeeded Commander George U. Edem now deployed to Edo State Command of the Corps.

In a press release issued by the Spokeman of the State Command of the Corps, Nasir D. Abdullahi ASC and made available to CAPITAL POST in Minna stated that the handing and taken over ceremony took place on 22 , 2020 September, at the State command headquarters of the Corps.

Read Also:  How we tricked bandits with bags of rice to escape - Custom boss

According to the release, the out going Commandant, George U. Edem had in a brief ceremony thanked the management, officers and men of the Niger State Command of the Corps for their support and cooperation during his short stay in the command, urging them to extend the same hands of cooperation to the new helsman of the Command.

In his remarks at the ceremony, the new Commandant, Mallam Haruna Bala Zurmi, reiterated his preparedness to ensure crime free Niger State warning that men of questionable characters in the State, particularly vandals of critical National facilities should relocate from the State or the full wrath of his administration would be visited on them.

Bala Zurmi told men and officers of the command to brace up to their responsibility in the discharge of their duty and be committed, warning that his leadership in the Command will not accept any act of absenteeism, disrespect and violation of human rights.

He assured that his administration will continue to partner with other security agencies in the State towards ensuring the security of lives and property of the people of the State.