Many Nigerians at home and abroad, including Elder Statesmen and women, Rights Activists, NGOs, Journalists and social media Czars, have severally called upon me in the last one week to comment on my personal feelings about “Nigeria at 60”.

I had hitherto resisted this invitation, lest I painted a horrifically gloomy picture of despondency. However, because the questions will not stop cascading in like a torrential rainfall, I am now compelled to share my honest, but very modest, thoughts about Nigeria at 60. I am extremely sad about Nigeria at 60. Very, very sad indeed. Surely, a 60 year and above old man or woman, is already a senior citizen; a grandfather, or grandmother. I am one. This means such a man or woman has grown; or is at least, presumed to have grown, in maturity and development.

But, I am sad that Nigeria, “our own dear native land” (words taken from the beautiful lyrics of the unfortunately discarded old National Anthem), has neither developed nor matured. I am sad that she has not even been allowed to take full advantage of the various Constitutions fashioned out by our Colonial Masters and various indigenous governments to give her meaningful nationhood, after she was named “Nigeria” in 1897. She was so named by a young British Journalist, Miss Flora Louisa Shaw who later married Lord Sir Barton Frederick Lugard, the Governor – General, who amalgamated the Southern and Northern Protectorates to found Nigeria, on 1st January, 1914. Flora Shaw (1852-1929), had written an essay in the LONDON TIMES on 8th January, 1897, where she suggested the name “Nigeria” for the British Protectorate on the Niger River. She had coined Nigeria as a name, because she desired a shorter name for the “agglomeration of Pagan and Mohammedan States”, to replace the rather lengthy official title of Nigeria, “Royal Niger Company Territories”. This name, to her, was too long to be used as the name of a “Real Estate Property” under the Royal Niger Trading Company. She therefore coined Nigeria (from “Niger-Area”, in preference to such names as “Central Sudan”, “Niger Empire”, “Niger Sudan”, etc. I am very sad that at the time we were forcibly coupled together in the manner described above, Nigeria was made up of already independent and autonomous Nations and Nationalities. 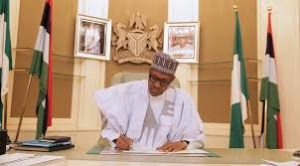 I am therefore sad that some new Sherriffs-in-town, erroneously believe we must live together, willy-nilly, by fire and by force, whether we like it or not. It does not matter that there is absence of social justice, equity, egalitarianism, mutual respect, religious and inter-ethnic tolerance. I am sad that we never utilized, altruistically, the 1922 Clifford Constitution, 1946 Arthur Richards Constitution, 1951 Macpherson Constitution, 1954 Littleton Constitution, 1960 Independence Constitution, 1963 Republican Constitution, 1979 Obasanjo Constitution, 1989 unused IBB Constitution and the 1999 Abdulsalami
Abubakar Constitution (Decree No 24), which has already been serially amended and is still currently undergoing further amendments. I am sad indeed. I am surely sad that Nigeria is still practising, at best, “feeding – bottle – democracy”, or “come – and- chop – democracy”. I am quite sad that of Nigeria ‘s pluralistic 374 ethnic groups in Nigeria (Onigu Otite), only 3 to 4 are given primacy and preferential treatment – the Fulanis, Hausas, Yorubas and Igbos, in that order. We operate in Nigeria as if the other 370 ethnic groups count for nothing, or as if they were created by God in Nigeria, to be mere clappers, playground spectators, bystanders, hewers of wood and drawers of water.

Read Also:  Bandits: The criminals who wanted to be 'The Lords of Nigeria's North West'

I cannot join Nigeria and Nigerians in celebrating our 60th year anniversary of our mere “flag independence” that has made us remain as nothing but an ordinary appendage of neo-colonial interests. I am indeed sad because our successive leaders have woefully failed the nation, the present generation and future generations. I am indeed sad that we live by the river, yet wash our hands with sputum. I am sad that we are blessed with the best natural, human and material resources, yet, live in crass poverty, abject penury, ignorance and ignoble despondency. I am quite sad that we grow geometrically in population, yet, arithmetically in growth and development. Nigeria, by available UN data, at mid-2020, ranks number 7 (2.64 %) in the list of most populated countries of the world, with a population of about 206,139,589 people. I am sad indeed that we only operate civilian governments, but never democratic governments. I am sad that we only practise elections, but not democracy. Elections are carried out routinely as a mere ritual EVERY 4 years.

Nigerian elections do not translate to democratic dividends; not even democratic profits. I am indeed sad that inspite of all government pretentions and propaganda to that effect (Hitler ‘s Goebel must be green with envy in his cold grave since 1945), Nigeria is today, according to latest Transparency International (TI ) Corruption Perception Index, the number 146 out of 180 countries of the most corrupt countries of World. Nigeria unenviably ranks number 3 in West Africa. I am sad that inspite of our abundant natural, human, mineral, agricultural and crude oil resources, Nigeria, once one of the fastest growing economies in the world and the richest country in Africa (which actually overtook South Africa), with over 500 USD billion rebased economy, is today gasping for sheer existence as the poverty capital of the world.

It has since snatched that smelly diadem from India. I am sad that Nigeria, once a very safe country, where citizens could drive out, or walk leisurely in orchards, bush paths, dark alleys, forests and highways, is today so unsafe that hapless and hopeless citizens are mindelesy waylaid, kidnapped, robbed, raped, murdered and burnt along high ways, footpaths and even in their very homes and farms. I am very sad that Nigerians (happily before now), were once united in religion, ethnicity, marriage, sports, hope, aspirations, and common goals and objectives. This was because of the lyrical rendition of the old National Anthem that, “though tribe and tongue may differ, in brotherhood we stand”. I am sad that today however, Nigeria is pathetically and haemorragingly polarised, divided, disunited and dislocated, along primordial fault-lines.

I am very sad that the Nigeria of today literally drips with deep mutual suspicion, aggression, hatred, animosity, antagonism, vitriol, repulsion, cronyism, nepotism, ethnocentrisms, tribalism and sectionalism. I am quite sad that Nigeria is now ravaged by provincialism, protectionism, clanishness, cliquism, regionalism, favouritism, prebendalism and neo – patrimonialism. I am indeed sad that mutual distrust and mistrust now reign supreme. I am sad that our children are still struggling to obtain, literally through agonising “trial by-ordeal”, a mere first degree, at ages 26-32; whereas the same Nigeria had, once – upon – a – time, in the 50s and 60s, produced ministers, military Governors and Heads of State at which the same 26 – 32 age bracket. 50s and 60s. I am sad that there are no jobs for the teeming millions of Nigerian youths who eventually struggle to graduate from our beleaguered tertiary institutions. They never find gainful employment; whereas in the 50s and 60s, local and multinational companies waited long hours at the gates of universities on graduands’ last days at the University, to recruit them immediately. Such graduates were automatically given cars, houses, and placed on handsome living wages and mouth – watering perquisites of office. I am deeply sad that most of the well-known multinationals that once dotted the industrial and business landscapes of Nigeria, have either died, or folded up completely; or have since been downgraded; or they have relocated to small nearby neighbouring countries. Some of them however exist only as mere museum relics and antiquities in the form of administrative office carcasses. Some of these olden days companies include the UAC, Leventis, Kingsway, UTC, Standard Bank, Barclays Bank, Lever Brothers (Unilever), PZ, John Holts, CFAO, Dunlop, Michelin, Volkswagen, Peugeot Automobile, Cadbury, NTC, May and Baker, RT Briscoe. There were Airlines like Okada, Sosoliso, Flash , Triax, Nigeria Airways, ADC, Afrijet, Albarka, Bellview, Capital, Dasab, Slok, EAS , Harco, Harka Oriental, Hamza Air, Wings Aviation , Spaceworld, Chrome, New Nation, etc, etc. I am sad that no one can today show me the once famous Ajaokuta Steel Mills, the Itakpe Iron Ore, Delta Steel Company, Oshogbo, Jos and Katsina Rolling Mills; the famous Northern Nigeria Kano Groundnut Pyramids, Cotton, Hides and Skins; the Western Nigeria Cocoa; the Eastern Nigeria Palm Oil Produce; the Midwestern Nigeria Rubber and Timber produce, Okpella Cement Factory, Ughelli Glass Industries, etc, etc.

I am indeed very sad that our leaders who were in power in the 50s and 60s (some, over 70 years ago), are still today ingloriously clinging to power, either directly, or indirectly, through their proxies, acolytes, minions, school mates, or village kindred, kinsmen and kinswomen. So, I am a sad Nigerian. I am greatly saddened that in the 80s, even the Naira was exchanging for one naira to two dollars; that we did not require visa to travel; and that my first journey to London cost me less than #350 only. I was respected, as a very young lawyer, at Heathrow Airport, and treated with king courtesies. We have frittered away rare countless opportunities, mismanaged our economy, abused and thoroughly misused our natural, human and material resources. We have since birthed, nurtured and enthroned a dangerous regime of impunity, government’s wanton breach of citizens’ fundamental rights, reckless disregard to court orders, and brazen desecration of the rule of law. We have glamouralised moral decadence, primitive acquisition and a rentier economy. We have encouraged mediocrity, nurtured ‘yahoo boys’, festered youth brigandage and criminality, and promoted female prostitution and girl-child labour and marriage. I am very sad. I am too sad that we still practise what late Professor Claude Ake and other eminent Economists, refer to as a “disarticulate economy”, an economy where we produce what we do not consume (crude oil) and consume what we do not produce (fuel and gas).

We have bred mass unemployment, untrammeled corruption, intellectual dishonesty, academic squalor, social disequilibrium, political brinkmanship, executive lawlessness, legislative rascality, judicial injustice and electoral brigandage. In the Nigeria of today, the votes are neither counted nor allowed to count. I am very sad because there is no transparency, accountability and responsibility in government or governance. I am utterly depressed and sad that the proverbial common man and woman continue to wallow in ignorance, dejection, melancholy and hopelessness. I am very sad that we practise religion vociferously but without being religious or Godly. I am very sad that the hoi polloi continues to be repressed, oppressed, suppressed, marginalised, subjugated, denied, traumatised, ignored, rejected and dejected. The Frantz, Fanons “wretched of the Earth” still wallows in searing pains, pangs, blood and sorrow.