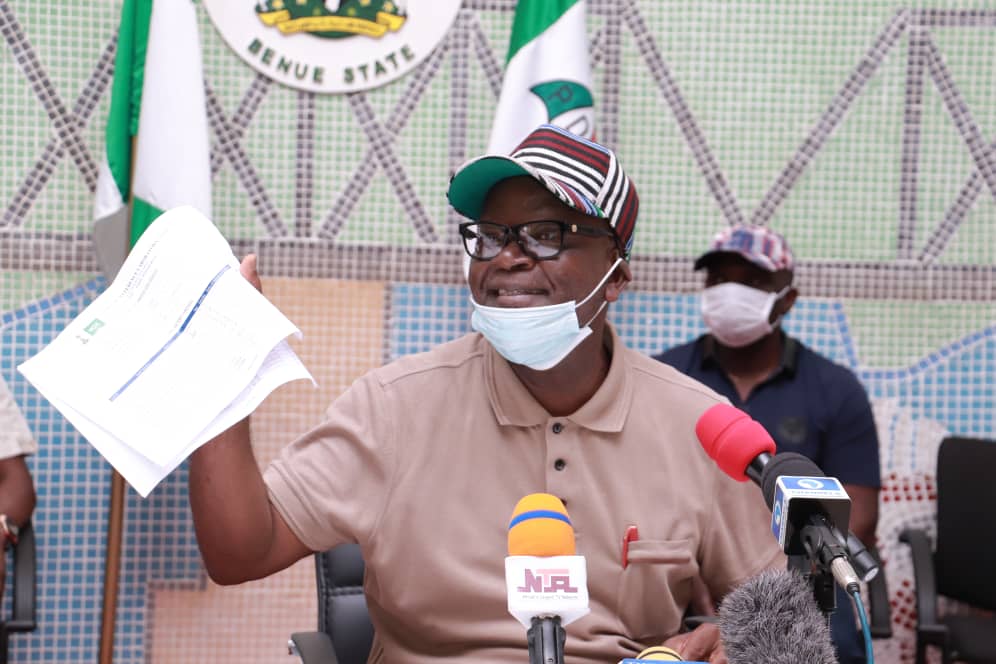 Following the interception and killing of the repentant militia leader, Terwase Akwaza, aka Gana by men of the Nigerian Army, the Benue State Security Council is to meet with stakeholders from Sankera on Friday, 11th September, 2020.

Governor Samuel Ortom who announced this on Thursday at the Benue Peoples House, Makurdi while briefing journalists after the State Security Council meeting, said the meeting would review the situation in Sankera area following the incident.

He stated that council also resolved to continue with the amnesty programme to cover those who retreated, even as he allayed the fears of the repentant youths who may be intending to be part of the programme.

Governor Ortom explained that the the 42 youths from Logo were successfully profiled and allowed to go back home, pointing out that a committee headed by Security Adviser to the Governor, retired Col. Paul Hembah was constituted to work out some support for the repentant youths.

He said his Special Advisers on Local Government and Chieftaincy Affairs as well as that of Special Duties, elder Jerome Torshimbe and Hon. Joseph Odaudu would also be part of the committee.

The Governor said Council Chairmen of Katsina-Ala, Logo and Ukum Local Government would also be co-opted into the committee which responsibility also includes identification of skills of the repentant youths for necessary intervention.

While answering questions from journalists, he said security had been beefed up in Sankera to prevent breakdown of law and order as a result of the death of Gana.

Governor Ortom acknowledged the peaceful disposition of the people of Sankera in spite of the incident and urged them to sustain the conduct as everything was being done to ensure guarantee the security of lives and property.