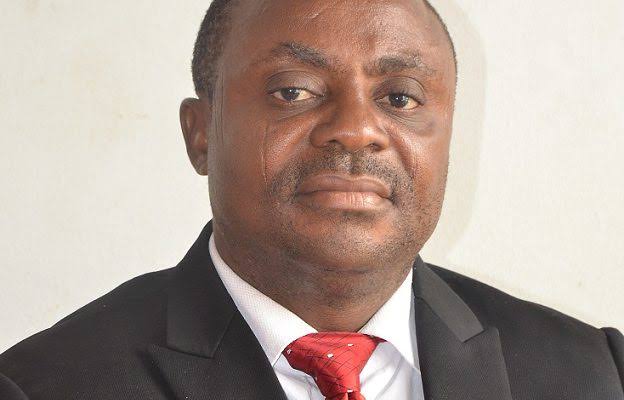 Edo State governorship election has come and gone. A done deal has been dusted with winners and losers known. The Edo governorship election was a historic one that was contested by the All Progressives Congress (APC) and the Peoples Democratic Party (PDP); it’s between Godwin Obaseki and Pastor Osagie Ize-Iyamu and between Comrade Adams Aliyu Oshiomole and the Edo people. That is exactly what happened!

For the election, the biggest loser is Adams Oshiomhole, who fought ferociously to reinvent godfatherism in Edo politics, but it didn’t turn out to be as could be seen on November 19th. Eventually, Godwin Obaseki’s PDP polled 307,955 to defeat Pastor Osagie Ize-Iyamu’s APC who polled 223,619. He is a bad loser indeed! He played God and tried to play the people, but ended ‘cul-de-sac. ’

Oshiomhole’s downfall politically manifested from when he was thrown out of APC leadership as National Chairman of the ruling party. Like a spanner which fell from the hand of an Engineer while constructing a bridge across a river, but didn’t bother to look for the missing spanner as he couldn’t afford to recover it due to water surge, so was the case of Adams Oshiomole, the erstwhile Chairman of the All Progressives Congress. No serious party man bothers to look for him and the party wasn’t missing him in anyway.

He was indeed a casualty of his own action as Chairman of APC. Oshiomhole, unarguably, was responsible for APC’s downward spiral. A reality that has caused disenchantment and distraught among party members with attendant crisis. He didn’t only double-speaks, but double-deals, an element, that is very dangerous to managing a political party.

During the Edo State governorship primaries, Oshiomhole has his eyes on Pastor Osagie Ize-Iyamu as alternative to Godwin Obaseki, an incumbent Governor on his party – APC. The same Ize-Iyamu who contested against APC in 2016, who Adams Oshiomhole demonised has suddenly became an angel he would prefer against a sitting Governor. Oshiomhole resisted the words of wisdom by the elders within the fold of the ruling All Progressives Congress to let Obaseki be. Even President Muhammadu Buhari’s intervention, who prefer Godwin Obaseki was nothing worthwhile to Adams Oshiomhole. Like a dictator, he has made up his mind to give Godwin Obaseki what has come to be a proverbial word today – the “Ambode”, treatment.

One recalls in 2019, how as National Chairman, he constituted a ‘Kangaroo Committee’, headed by Senator Hope Uzodinma (now Governor of Imo State) to screen Kogi governorship aspirants. Without carrying the National Executive Committee (NEC) and the National Working Committee (NWC) along, he instructed Uzodinma to screen out the Ex-Chief of Naval Staff, Jibrin Usman who was the most popular aspirant for Kogi gubernatorial election at the time.

The exit of Admiral Jibrin Usman shook Kogi APC to marrow and the development was responsible for APC’s woeful outing on November 16, 2019 governorship election, save for rigging that turned out to be the regret of the party. Earlier on, Oshiomhole had insisted that any APC Governor that didn’t pay workers’ salaries for any reason wouldn’t be given a ticket. According to him, it would be pretty difficult to market the person in an election. What a true statement! And, though, he didn’t mention names, the lyrics pointed towards Kogi governor and few others who are notorious for not paying workers’ salaries. What suddenly changed that Oshiomhole betrayed Kogi people when he denied APC’s most popular aspirant to pave way for Yahaya Bello was better imagined than said.

During his time as National Chairman, the party became wobbling. No day passed without crisis and confusion and other many misdemeanors that the APC party hierarchy considered an aberration that should be stopped before it gets late, hence, when there was a court pronouncement declaring his Chairmanship a nullity, the hierarchy quickly accepted the verdict.

After his unceremonious exit as National Chairman, the next ignoble assignment on his hands was his avowed revenge with oaths and hyperbole against his so-called political godson, Godwin Obaseki. An outing that would further deepen the shame of the recalcitrant Oshiomhole.

The mafia boss who want to turn the Edo State into his private fiefdom didn’t understand that the Edo he handed over to Obaseki in 2016 was not the Edo people he now considers as political vassals. But Edo people have demonstrated courage, a proof that power actually lies with the people and from what was triggered, subsequent elections might not end in favour of the APC.

Even, his utterances on 14th February, 2020 when the Supreme Court judgement declared that PDP’s candidate and the current Governor of Bayelsa State Douye Diri be sworn into office, was unstatemanly. Oshiomhole roared. He threatened brimstone and fire that APC was losing Bayelsa, but for public outrage, and God’s intervention, things went normal.

In a press statement later that day, he vowed that nobody would be sworn into office, other than the APC candidate who was preparing to be sworn-in before the Supreme Court annulment. One wonders, when he suddenly became a judge. Though, his utterances were widely condemned, if it had been carried to the latter, there would have been constitutional crisis in Bayelsa State. He is that a ‘threat to democracy’.

After 21 years of democracy, it’s still nascent; and to nuture Nigeria’s democracy farther, Oshiomhole shouldn’t be an element. Now, that he has been beaten silly, he should be allowed to take a rest so that he could reflect on his misdeeds in a political party he once led.

Samson Atekojo Usman is a journalist and writes from Abuja and can be reached through: ateko2007@gmail.com

Nigeria at 60: Nation of woes and ‘The Shehu Sani’s elusive solution’