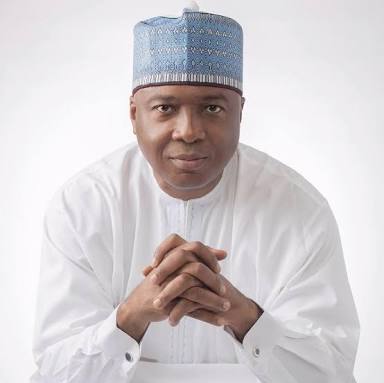 Former Senate President of Nigeria’s 8th Senate, Dr. Bukola Saraki on Tuesday said Nigeria and by extension, Africa has chosen a system government that must be sustained at all cost.

He said it has been a settled issue that Nigerians and Africa as a whole chose democracy as a way of electing political leaders, but lamented its inherent challenges, which he said are man made.

Speaking on the title: “Electoral Reforms and Democracy to mark to mark the 2020 International Day of Democracy”, in Abuja Tuesday, the former governor of Kwara State said, election flaws in 2015 and 2019 were enough signals that requires electoral reforms.

He said: “One of the settled issues in Nigeria and Africa as a whole is that “Africans have chosen democracy as the best form of governance and this is a resolve that must be defended by all citizens, governments and their leaders”.

“I believe this resolve in favour of democracy by Nigerians is evident in the fact that we have sustained it as a system of government in the last 21 years and within the period we have achieved not only successful transition between different governments but also from one political party to another.

“However, instead of our democracy to be maturing and for the process to be getting better, certain ugly developments have shown that we are now beginning to have elections that are devoid of the tenets of representative democracy.

He further extrapolated that Nigeria would be better for it if there were forms of reforms, particularly as the nation approaches 2023 general election.

According to him, the idea of court judgment occassioning litigation after election, rubishes the will of electorate and that of representative concept that was the hallmark of democracy.

Read Also:  SPEECH BY HIS EXCELLENCY, MUHAMMADU , PRESIDENT AND COMMANDER IN CHIEF OF THE ARMED FORCES, FEDERAL REPUBLIC OF NIGERIA ON THE OCCASION OF COMMEMORATION AND CELEBRATION OF DEMOCRACY DAY ON 12TH JUNE, 2021

He stressed: “For example, we should all ask ourselves these questions: why is it that after 21 years of sustained democracy, our electoral process is witnessing more violence and litigations?

“Why is it that more final decisions as to who is elected or not are being taken by the courts? How come that the Court verdicts on election petitions are now becoming a perversion of the decision made by the electorate when they cast their votes at the polling stations?

“Why is it that the spate of election petitions and the judicial verdicts seem to be making a mess of the age-long judicial principle of stare decisis or what is generally known as precedent?

“Yet, there are still more questions. Why do participants in elections have the belief that the security agents play more determining roles in the outcome of elections?

“In recent times, why are there fears by most participants that the Independent National Electoral Commission (INEC) may not be fair in the elections? These are questions that I believe should help us to interrogate the topic of today.

Saraki warned of the consequences of rigging, saying that it would lead the nation into anarchy, particularly as voters were becoming enlightening day by day.

“It is a serious problem when the people are unable to freely elect those who govern them. The rigging of the electoral process is an indirect invitation to chaos.

“Our electoral process must be transparent, free, fair and credible if we must claim to be practicing democracy. We must ensure that the ballot box remains the outlet for ventilating legitimate grievances and changing government.”