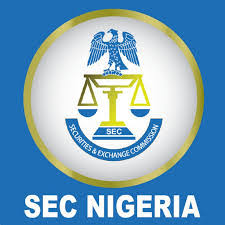 The Director General of Securities and Exchange Commission (SEC), Lamido Yuguda , was queried Tuesday by the Senate’s joint Committee on Finance and National Planning on bogus N10 billion spent on salaries of less than 600 staffers of the agency on yearly basis .

The Committee led by Senator Olamilekan Adeola ordered the agency to unfailingly remit N300million into the Consolidated Revenue Fund ( CRF) , latest by Thursday next week.

Trouble came the way of SEC, when its DG, during his submission before the Committee on revenue projections for the 2021 budget , said, out of N4billion revenue generated by SEC in 2019, only N86.835million was remitted into the CRF .

Piqued by the wide gap between revenue generated and remittance made, Senator Adeola sought for comments from the Accountant General of the Federation (AGF ) , Ahmed Idris, on the performance index of SEC.

The AGF in his response said, the N86. 835million remitted into CRF by SEC in 2019 from the N4billion revenue generated , was grossly low.

“The least of such remittance expected from SEC from N4billion revenue is N846million , meaning that the agency is owing the federal government N760million “, he said .

Infuriated by the disclosure made by the AGF, the committee members took up the SEC boss on why whopping N10billion is being expended on salaries of less than 600 staffers of the agency on yearly basis .

According to Senator Adeola, the N10billion when spread on 600 staffers , shows that each of the staff of the agency collects N15.7million per annum .

“This is unacceptable for a country seriously looking for more revenues internally to fund it’s budget “, he said .

But the DG of SEC in his response, said he met the agency as a ‘top heavy Organization ‘ , which according to him, made it difficult to give critical review with the required urgency .

Though the DG first pleased that such exclusion should be restricted to recurrent expenditure component of the yearly budget but later agreed with the committee members that it should also be exited from capital votes .