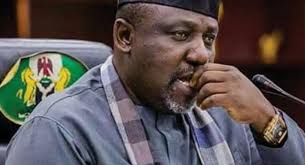 Okorocha who governed Imo State for eight years made the statement on Thursday in Abia at the home of First Vice National Chairman of All Progressives Congress (APC) South East, Dr Julius Anyim Nyerere.

Okorocha whose meeting with Kalu was coincidental spoke strongly for the reunification of Igbo elite, adding that himself and Kalu have decided to work together. He also suggested they need to dramatize their love and peace so that subsequent generations can key into it.

According to him, ”Dim Chukwuemeka Ojukwu is late, politicians like Jim Nwobodo, Arthur Nzeribe and many others are no longer active as they use to be.

“Many other great leaders are no more and that vacuum must be filled up. So the responsibilities have fallen on other people’s shoulders, and that shoulder is that of Dr Orji Uzor Kalu and myself. So it is important that we gather as brothers and discuss issues that will help the entire Igbo people because if a child knows what killed his father, he wouldn’t allow himself to die same way . ”

Speaking further he said, ” I am using this opportunity to tell my brother, Dr Orji Uzor Kalu that the dance we are dancing now is not for ourselves but to entertain the public and know if they will be happy. If I dance for you to give me money, that means something is wrong . So the dance now is not for us but to see if there will be a better future for Igbo people. We have decided to work together. We are learning on the job on how to work together. We have to make a shift from the normalcy.

Read Also:  Resource control: Obasanjo tackles Clark, says Igbo would have taken everything if they had won Biafran war 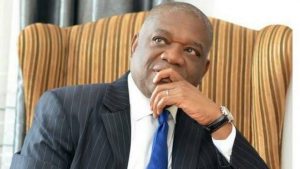 “The political ideology inherited from our predecessors and political fore fathers are not really the best. We were taught to maintain political enemies for the rest of our life. That is why the likes of Jim Nwobodo and Alex Ekwueme never agreed until death, Mbakwe and Arthur Nzeribe never agreed until death and so we must carve out a niche so we don’t transfer this to subsequent generation of “Ndigbo”, that is why people like Orji Uzor Kalu and myself must profess love amongst ourselves and not only within us but within our enclave.

Continuing he said, “We should never allow division among ourselves. We must distinguish ourselves in character and at the same time know when to extend our hands of fellowship to our brothers who are not on the same political stand with us . This will help us to know when political war will end and when brotherhood will start . Because in life you need to know when to start and when to stop. We need to come together to make sure that Igbo people are no longer used as political spare tyres . I saw a protest yesterday in Abuja and Lagos and that protest is a pointer . We need to dramatize our love and peace so that subsequent generations can key in to it .” Okorocha said.

In his response, Kalu said he wants peace to return to the APC political family in the South East .

He noted that what he needs in life at the moment are limited, adding that he will be very happy to see the current governor of Imo state, Hope Uzodimma and Rochas Okorocha on the same page.

Kalu’s words: ” I am happy because Owelle has spoken so well, I want peace to return to APC in the Southeast, I am the highest politically elected office holder the Southeast by virtue of my office as the Chief Whip.

“In the Senate I am ranked number four and I have never taken it for granted. The only problem I am facing is resolve the issue between the Governor of Imo State (Hope Uzodinma) and the former Governor (Rochas Okorocha); for them to be on the same page, I will be fulfilled politically anyday both of them decide to work together. My dream is to have roundtable discussion with Governor Uzodimma, Yourself ( Okorocha), Senator Ken Nnamani , Hon Minister Ogbonnaya Onu, Senator Chris Ngige and Minister Geoffrey Onyeama and others. Once we achieve that, the sky will be our starting point. If we are unable to resolve the political issues in Imo State it will be difficult for us to move forward. ” He said

Kalu noted he is very courageous and not scared of speaking the truth, adding that he also want to see a larger Nigeria where every citizen will be comfortable and living in unity.

“I want to see a larger Nigeria where every citizen will be comfortable , where Igbos will be reintegrate into the socio economic and political fabric of our nation, where our people will be more respected”.

People think democracy is only about building infrastructure but it is also about managing people I am talking about participatory democracy, where we create room for dialogue.”

Kalu also advised Southeast Governors and other political stakeholders to eschew public criticism of one another noting that issues should be resolved internally .

2023: Ortom tells PDP Exco to be neutral in intra-party issues