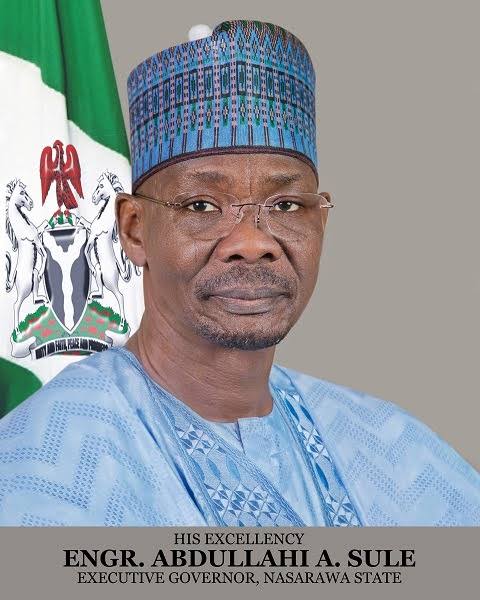 Governor Abdullahi Sule of Nasarawa State, has charged the local government chairmen, political appointees and all other public figures in the state on the need to take Nasarawa State to the desired height through selfless service.

Speaking when local government chairmen in the state under the umbrella of Association of Local Government of Nigeria, ALGON paid him a Sallah homage, Governor Sule called on them to work towards the yearnings and aspirations of the citizenry and inline with state government agenda and programmes.

Sule said under no guise should workers and pensioners not being paid their salaries and pensions.
“Those who work for us should be paid their salary as at when due. Those who have retired had also worked for us and they deserve a better life, hence the need to pay their pension,” he said.

The ALGON Chairman, Nasarawa State Chapter and Chairman, Lafia Local Government Area, Hon. Hon. Aminu Muazu Maifata who led his colleagues to the governor said effort is being made to ensure timely payment of salaries and pensions to workers and pensioners in the state.

Governor Sule however, denied claims by some quarters that he is planning to dissolve the leadership of the local government areas.

According to Sule, “I don’t know the source of such information but definitely it is not form me.” He said they are all expected to carry out their duty properly because if they are doing very well such information may not arise.

He appreciated their efforts toward the peace in their respective local government areas but appealed to them, to double their efforts.

Earlier while addressing the delegation of some public figures led by the state deputy governor, Emmanuel Agbadu Akabe, Sule said as exemplified in the Holy Book, the need for loyalty, sacrificial service cannot be over-emphasized as God expects every leader to be loyal both in the secret and in the open.

Similarly, the Deputy Governor, Akabe who promised total loyalty in his service, also appealed to everyone to render sacrificial service.

“Sacrifice is not only in the killing of rams and other animals but also in services. Put others first. 100% loyalty,” he said.

Governor Sule also had interaction with various groups and associations including the less privileged and physically challenged groups and promised to do his best to uplift their standard of living.

He called on all citizens and residents in the state to embrace peace, harmony and tolerance as it will be difficult to achieve meaningful progress in the atmosphere of instability.

Flood victim cry out for intervention, says he has lost everything he owns