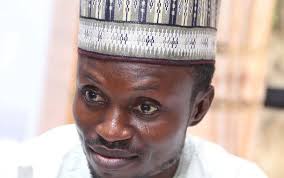 Kogi State Commissioner for Health, Dr. Saka Haruna Audu has been alledgedly involved in corrupt enrichment of himself through award of contracts in a company he has vested interest.

In a petition addressed to the Governor of Kogi State, Yahaya Bello by the coalition of civil society group for transparency and accountability for Democracy, the group averred that the Commissioner was using his office to gain advantages in award of contracts to companies that belongs to his school mate and an ally.

The petition signed by Comrade Ibrahim Kabir Dallah explained that the legal search on profile of two companies, viz: AKH Premier Healthcare Limited has Mr. Musa Abdulkarim Omoniye as Director, noting that the Director who has majority share capital is a classmate of the Commissioner who are doing business together.

According to the group, though the the Premier Healthcare Limited has other four shareholders, Mr. Musa Abdulkarim Omoniye works with the Federal Medical Centre, Lokoja as Obstetrician and Gynecologist, a situation he posited runs foul of the Kogi State Government Policy and Mandate of Transparency, Accountability and Open Contracting as contained in the Kogi State Bureau of Public Procurement Act.

According to the group, the Company which was registered at the Corporate Affairs Commission on 14th March, 2008 has a share capital of five million, wondering how could such company executes a contract worth N36 million.

The group also expressed serious concern that the Commissioner was also involved in contract splitting where they discovered a business name, which was registered under part “B” of the Companies and Allied Matters Act, 1990 as amended, a situation, they alleged denied other limited liability companies during the symbolic bidding.

Part of the petition reads:

“We have proof of reasonable suspicion that the Commissioner for Health in Kogi State is in the corrupt and immoral business of circumventing all established Due Process in the award of contracts in order to award it to himself through a corrupt front, one Dr. Musa Abdulkarim who we have been informed is an obstetrician and gynecologist in the service of the Federal Medical Centre, Lokoja.

“Both the Commissioner for Health, Dr. Audu and Dr. Musa Abdulkarim who is Director in AKH Premier Healthcare Limited and the proprietor Marusa Integrated Services are classmates, close friends and associates.

“These companies receive over sixty percent, 60%, of all the contracts in the Kogi State Ministry of health without any regard to Due Process and transparency.

“The said companies which an official search have been conducted on are in breach of the Articles and Memorandum of Understanding of its registration.

“But in one, out of the numerous jobs it has executed, it was awarded the contract of Supply of HIV Test Kits in the sum of Thirty-six Million Eight Hundred and Seventy-six Thousand Nine Hundred and Fifty Naira (N36,876,950:00) only by the Kogi State Ministry of Health.

“Other clear violation of the Kogi State Government Policy and Mandate of Transparency, Accountability and Open Contracting as contained in the Kogi State Bureau of Public Procurement Act exist, with regards to the extent the Commissioner can go to confer undue advantage to these companies which are not eligible to undertake government contracts over eligible ones.

“These companies were registered as follows: AKH Premier Healthcare Limited in 2018 and Marusa Integrated Services in the same 2018.

“They could not have done jobs in their years of registration, except in partnership with other companies.

Dr. Musa Abdulkarim Omoniye and his wife or close family member are directors in the AKH Premier Healthcare Limited and are proprietors of Marusa Integrated Services.

“Dr. Omoniye is a Civil Servant, being a staff of the Federal Medical Centre, Lokoja.

“The Commissioner for Health who approved these contracts cannot claim that he is not close enough to Dr. Omoniye to know that he is a Civil Servant.

The letters for the award of the contracts were personally collected by the Civil Servant, Dr. Omoniye.

The Commissioner for Health is in clear breach of the ICPC Act 2004 (as ammended). Section 19 of the Act states clearly.

“Any public officer who uses his office or position to gratify or confer any corrupt or unfair advantage upon himself or any relation or associate of the public officer or any other public officer shall be guilty of an offence and shall on conviction be liable to imprisonment for five (5) years without option of fine. He is also in clear breach of the Code of Conduct Act and Public Service Rules.

“Dr. Musa A. Omoniye on his part is in excess breach of both the Code of Conduct Act and the Civil/Public Service Rules.

“The Code of Conduct Act states in Sections 5 and 6 that “a public officer shall not put himself in a position where his personal interest conflicts with his duties and responsibilities. 6(a) states “that except where public officer is not employed on full-time basis, he shall not engage or participate in the management or running of any private business, profession or trade…”

“The only venture excused by this particular section is farming or agriculture. The Public Service Rules 2008 Edition, as gazetted in August 2009 lists in Section 4 at Code 030401 and 030402 corruption, holding more than one full-time paid job, divided loyalty and any other act unbecoming of a public officer as “serious acts of misconduct.”

For two days, the Commissioner for Health neither picked his.calls nor respond to text messages.

Related Topics:CommissionerKogiSaka Audu
Up Next