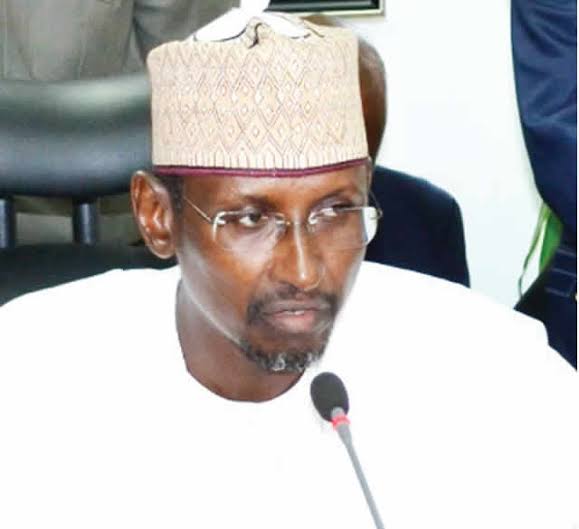 The fisticuffs followed the insistence of the contractors to seek audience with the Permanent Secretary for the payment of the supplies they have made to the tune of N3. 8 billion under “emergency procurement” for which payment were supposed to have been made three weeks after the supply in April and May.

However, four months on, the Muhammad Bello led Federal Capital Territory Administration (FCTA) has not met its “obligation to us” one of the contractor who sought anonymity said.

The clash on Friday took a different dimension as the entire security architecture of the Federal capital territory responding to “disturbance”, sending the contractors away from the premises of the FCTA, following their insistence to see the Permanent Secretary ahead of the Sallah break for their payments.

“It is our job to secure this premises and maintain law and order, we only arrested the disturbance they created around the offices with due respect to their persons. Did they tell you any one was hurt?” A security furiously told journalists.

Reacting to the development, Acting secretary, Social Development Secretariat (SDS) of the Federal Capital Territory, Dillichukwu Onyedima said she has nothing to say over the grumblings by contractors that supplied the administration food supplies during the Covid 19 lockdown.

Dilichukwuu in a phone interview with journalists stressed: “I have nothing to say on their grievances, I have no thoughts on their matter.”

Asked about the deal and their role on the financing of the palliative, the office of the Minister of Humanitarian Affairs and disaster management said it has no business with such transactions as it was entirely the responsibility of the FCTA where it had such contractual agreement for food supply

Special adviser on Media, Madam Halima Oyelade explained that: “We have no business with any supply of palliative with contractors at the FCT nor did we get any cash donation to make payment for palliative, there is no such thing.”

A source within the federal capital territory said: “Yes, contracts have actually been awarded and payment yet made. However, I can assure you and by extension the contractors, that due diligence on their supplies have been done, covering, store verification to audit.

“All the things that are needed to be done to make payment process complete has been done; all that is left now is to go for payment.

“We are aware that some of the suppliers were dragged to the EFFCC for alleged fraud but the EFCC wrote the administration as part of their investigation and the administration replied, on the strength of which the contractors were released.

“Like I said they will be paid soon”, the source told Nigerian Tribune.

One of the contractors investigated by the EFCC said his supplier, had thought he was duped of his goods, fearing that he would lose his money running into hundreds of million, that is a lot of money to the business, so, he sought the intervention of the anti-graft agency.

However, the Anti-graft agency released him on knowing that he was not a fraudulent person but that the delay in payment was due to the delay in the processes of the FCT for payment.

“This job was done under emergency procurement which requires that supplies can be made and all processes for due diligence are done for payment within three weeks.

“We made my supply in April and May, we were told payment would be made within two weeks of supply while supply of the goods bided for would be made in one week,” another contractors who would not want to be mentioned on paper, for fear of being victimized said.