Governors from the Boko Haram ridden North Eastern part of Nigeria on Monday met with President Muhammadu Buhari at the Presidential villa, Abuja over security concerns.

The governors have disclosed to Buhari that the insurgents are in aggressive recruitment of members into the sect, saying that he should address the causes without further delay.

Governors noted the manpower deficit in Nigeria’s military, but recommended that sophisticated weapons should be procured for the Nigetia police to bridge the.gap.

Borno State governor, Prof Babagana Zulum, who led others from the troubled zone disclosed to State House correspondents at the end of the meeting.

Zulum came under fire between Baga and Munguno while he was on a routine inspection which he later fingered the military as being behind the attack on him.

Other issues raised,Zulum said, are, decaying infrastructure, especially road projects, cases of oil exploration in the region, and the issues of enhancing river basin development in the region among others.

He added that farmers from the zone are finding it difficult to access their farmlands, noting that there was also a need to resettle those who were displaced.

Prof. Zulum said: “This is one of the reasons the insurgents are recruiting more into the sect. Therefore, creating an enabling environment for the people to go about their normal duties will no doubt reduce the cases of insurgency.

“We also recommended that police should be empowered, to be provided with a certain state of the art equipment, armored personnel carrier and so on with a view to bridging the manpower gap that we are having in the Nigerian military.”

Read Also:  Insecurity: There may be no Nigeria, if we don't all rise up

When also asked to comment on the recent attack on his convoy and the controversy that ensued following his indictment of the military, Zulum said a series of meetings had been held after the attack.

“We have had a series of consultations after the attack and I think security is not only the Federal Government. There is a need for the federal, state, and local governments to come together with a view to proffering solutions that will end this crisis in the region.

“But most importantly, there is war economy in the region and I think that is why we are here.

“So, I think the government is taking a bold step with a view to ensuring the speedy resolution of some of the grey areas that we have in the region.”

Vice-President Yemi Osinbajo; the National Security Adviser, Major General Babagana Monguno (retd); Secretary to the Government of the Federation, Boss Mustapha; the Chief of Staff, Prof Ibrahim Gambari; Minister of Defence, Bashir Magashi; and the Minister of Police Affairs, Mohammad Dingyadi, were among top government officials who joined Buhari at the meeting. 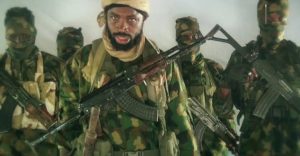 The governors who were at the villa on Monday are: Ahmadu Fintiri of Adamawa State; Darius Ishaku, Taraba, Inuwa Yahaya, Gombe, Bala Mohammed of Bauchi.

Insecurity: Ortom advocates use of AK47, sophisticated weapons for citizens

Killings: Kaduna lawmaker accuse El-Rufai for not responding to alarm