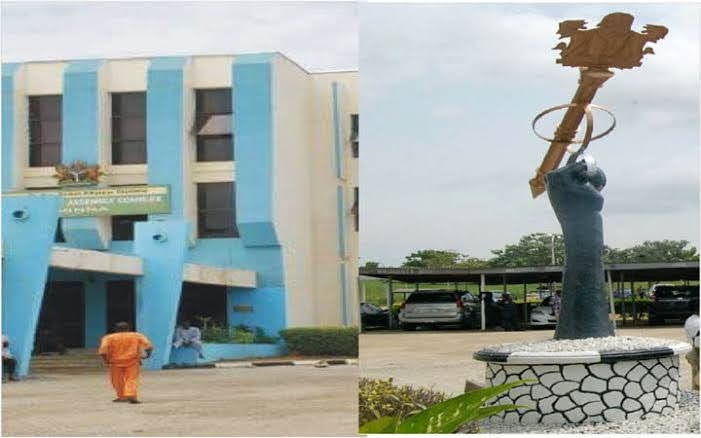 The Niger State House of Assembly Ad-hoc Committee investigative Panel has expressed shock as food items donated as COVID-19 relief materials have not been distributed months after.

The relief materials were kept in a warehouse without being distributed to the vulnerable by members of the State Taskforce Committee on COVID-19.

The situation shocked all members of the House Committee who went on oversight function, while they expressed disappointment that the items which were meant for the needy and the vulnerable lie undistributed.

CAPITAL POST reliably gathered that the palliatives were donated over two months ago by the Private Sectors Coalition Against COVID-19, by the Federal government and other donors to help in ameolariting the effects of the lockdown.

The items, according to our findings were discovered at warehouses during an oversight function at the COVID-19 isolation centres and food scores in the state by members of the State House of Assembly on COVID-19 led by its Chairman Hon. Abdulmalik Madaki Bosso.

While expressing disappointment, the Committee Chairman said: “I want to expressed disappointment over the refusal of the Taskforce to distribute the food items donated to the people as palliatives over two months after the donations were received.”

The Taskforce had received 88 trucks of palliatives from covid19 and 3 trucks of rice from Federal Government.

Items discovered at the Niger State Supply Company Store were 194,94 cartons of indomies noodles 47,611 cartons of Suga, 9000 bags and 43,311 cartons Marcaroni and Spaghetti.

Read Also:  NNDC, Akpabio and the limit of falsehood

Hon. Abdulmalik Madaki Bosso, noted, “that even though the State had eased the lockdown, people of the State were yet to over come its effects as many of them were living in hunger and suffering.

“If the food items have been kept here for over two months now and you said you are waiting for a template from the donors to come up with it as soon as possible, our people are suffering and you know that hunger wait for no one.

“We can’t just sit and watch our people going through hardship while food items are locked up in our stores. It’s not acceptable” he declared.

The Chairman Taskforce Committee on COVID-19 in Niger State, and the Secretary to Athe State Government (SSG), Ahmed Ibrahim Matene said the delay in the distribution was because the donors insisted on using their own templates in the distribution of the relief materials.

He said: ‘The donations were made two months ago and soon the households will be profiled to know the nature of the beneficiaries, wether they are vulnerable or not and a proper documentations will be made.”

Ibrahim Matane said, he hoped that palliatives will be distributed before the upcoming Eid- Kabir festival after reaching agreement with the donors.