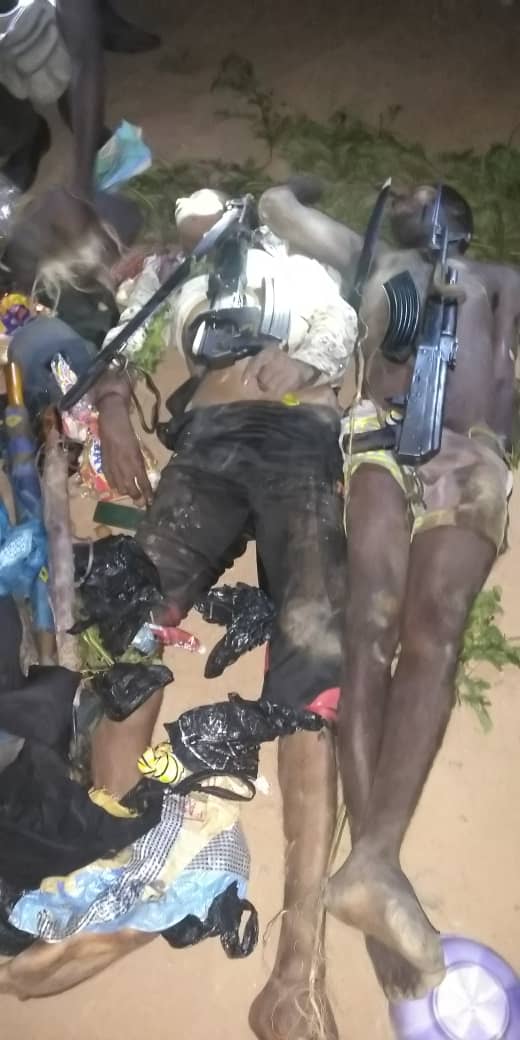 Kogi State breathe a sigh relief on Sunday as four suspected kidnappers were eliminated in gun duel with combined police and vigilante along Lokoja – Okene road.

Reports about the development indicated that the criminals attempted a kidnap of road users before they were intercepted by the security operatives.

Source narrated that they killed at 6.30 in an exchange of gun that lasted for about 10 minutes on Sunday.

On Saturday, the widow of the late former Speaker of Edo State House of Assembly, Hassana Zakawana was abducted with her driver when she was transporting the corpse of her husband from Abuja to Edo State for burial, but was released few hours.

The Lokoja-Okene high way has been an evil spot with cases of kidnapping almost every day, even as communities around the high way have been having sleepless nights in the last two weeks.

Insecurity: 2,760 to be recruited as vigilante, community policing in Benue