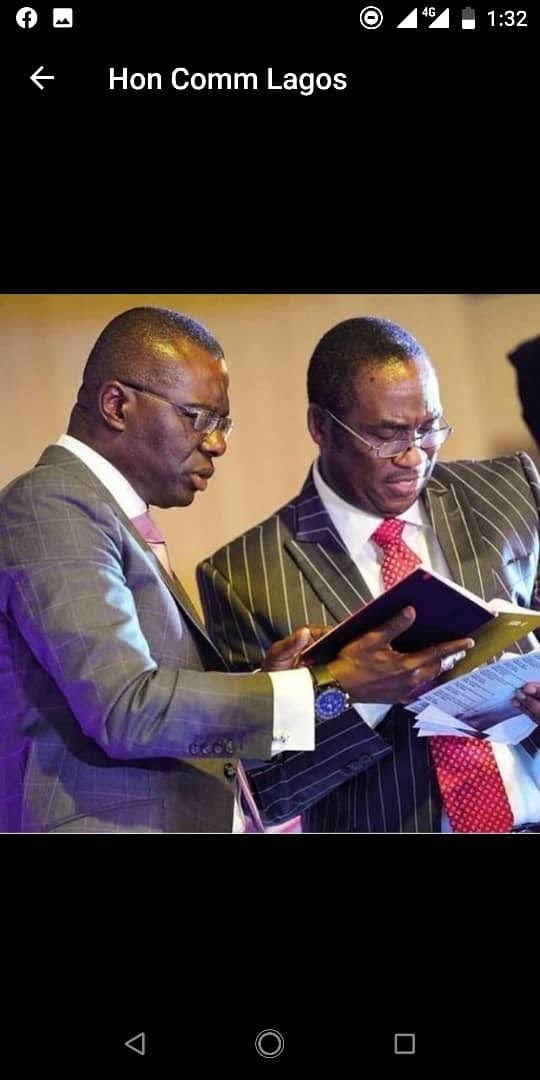 Since the election of the Lagos State Governor, Babajide Olusola Sanwo-Olu and Dr Kadiri Obafemi Hamzat, the Deputy Governor by the majority of Lagosians in the last general election, it has been work in progress for the people of the state.

With the choice of the duo, armed with private and public sector driven experience, as well as with technocratic zeal geared towards driving continuous developement of the State, Lagos State has started witnessing a higher dimension of social and infrastructural development.

Their victory in the last election heralded a more robust leadership acumen, an indication that Lagosians did not run into the hands of political deceits, inspite of bitter political mudslingings both from within and the political opponents against their candidacy.

Soon after assumption of duty on May 29, 2019, after the keenly contested primary and the general elections, that secured unarguable victory to Governor Sanwo-Olu and his Deputy Femi Hamzat, the ‘Lagos Project’ became darling to their hearts, already with a formidable team to drive both socio-economic and infrastructural developement of the cosmopolitan Lagos State.

Having met an enabling environment span for close to two decades under the supervision of APC leader and former Lagos State Governor, Asiwaju (Chief), Bola Ahmed Tinubu, the choice was to set the ball rolling to ensure seamless developement of the state.

With enormous wealth of experience and exposure of both team for the new Lagos State, the choice of working as a formidable team for the betterment of Lagos was made easier, as demonstrated in the last one year.

This is unlike what was obtainable in the previous order, and in many states of the federation, since the return to democratic dispensation in 1999, even during the first, second and third republic in Nigeria.

With a well selected team of members of the state executive council, who were positioned both in their professional and administrative acumen, the choice of driving Lagos to the promise land was an achievable project.

This had resulted in the last one year, the process of seamless developement of Lagos State in all ramifications, both in human capital, economic, physical break through of the State.

In the last one year, it had been an era of brainstorming and synergy on how to move the vehicle of accelerated developement of Lagos State, so as to ensure good governance, best practices in all facets.

With both team well grounded and son of the soil, the choice of governance in the new Lagos State, became a routine success story from one end of progress to the other, that had become a template for other states of the federation to tow.

No doubt, the dearth of infrastructural deficit, decay, abandoned and ongoing projects of the previous administration is gradually tackled to meet the expectations of many Lagosians.

This positive developement had further portray the workability of public office whose ideas and ideals were at the same level, geared towards the accelerated turn around of ever growing demands of Lagos State.

What is achievable in Lagos under this most articulate team is worth being replicated in other states of the federation.

The rancour-less and synergy, including the determination to deliver on the people’s mandate, had been the bane of the success story of the one year old of Sanwo-Olu/Hamzat administration, that is determined to move Lagos to another level of breakthrough.