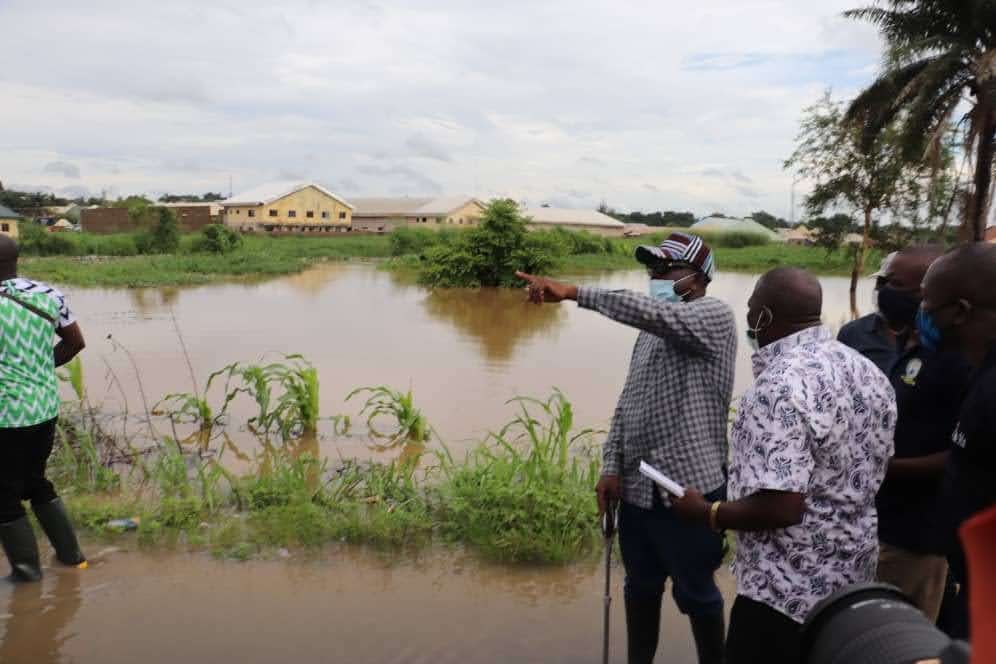 Governor Samuel Ortom says until River Benue is dredged, flood control efforts in Makurdi and its environs will continue to yield little results.

The Governor stated this on Satirday in an interview with journalists shortly after inspecting the level of devastation caused by flood in Makurdi metropolis as a result of several hours of downpour.

Read Also:  Ortom: Why attackers must be fished out!

He called on members of the National Assembly from the State to take the issue of dredging of River Benue seriously to ensure that it is captured in the 2021 budget and also implemented.

The Governor stated that though the drainage channel constructed by the Federal Government had mitigated the effect of the flooding to a large extent, more needed to be done in terms of opening more drainages to help salvage the situation.

He also charged people of the state to always get approval from relevant authorities before erecting structures for residential or commercial purposes, stressing that government would henceforth demolish any building on water channels without compensation.

Governor Ortom said his administration would, through the State Emergency Management Agency, SEMA, consider the provision of relief materials to those affected by the flood as well as provision of temporary shelter for the victims.

Places visited by the Governor during the inspection included BIPC Estate and its extension, Apaar Batur Village on Naka Road, Ishaya Bakut road and some parts of Judges Quarters.